The Hanoitimes - It's understandable that Vietnamese are increasingly concerned about health issues as air and water pollution has become palpable in large cities.

Vietnamese consumers continued to list health and job security as their top two key concerns in the third quarter (Q3) this year, a survey by Nielsen Vietnam has shown.

Health reached a record level across the 10 year history of the survey, with 46% (up two percentage points from Q2) of respondents indicating it as a worry. “As more and more people notice what is happening around them and the impact on themselves and their loved ones, there is greater awareness – and concern – of the longer term effects of our environment and what can be done to improve it,” said Louise Hawley, managing director, Nielsen Vietnam.

The level of concern around job security decreased sharply, from 42% to 37%. Meanwhile, 24% of respondents pointed to work-life-balance as the third factor they worry about the most.

In Q3, concerns about increasing utility bills decreased slightly, from 13% to 10% in Q2. Other key areas of concern for Vietnamese consumers were the economy and children’s education and/or welfare that remained at the same levels as the previous quarter.

The survey also indicated that with 128 percentage points (ppts), up five ppts from Q2 of the Consumer Confidence Index, Vietnamese consumer confidence witnessed a significant increase in Q3, surpassing Indonesia to rank third in the world for having the most positive consumers just after India and Philippines.

In this quarter, consumers in Asia-Pacific remain among the most confident globally, but differences across markets have increased. Consumers in Vietnam and the Philippines are more confident, as they are benefiting from restructured global supply chains in the region. Other markets, including South Korea, Thailand, and Singapore, experienced larger declines in confidence levels.

The strong growth in Vietnam’s consumer confidence was thanks to confidence on job prospects and personal finances, as well as the level of willingness to spend by the Vietnamese.

Globally, Southeast Asia consumers are leading the way when it comes to saving intentions (63%). Noticeably, in this quarter, Vietnam overcame Hong Kong to become the most avid savers globally with 69% of respondents choosing to use spare cash on saving, followed by Hong Kong (68%), China (66%) and Indonesia (62%).

In the third quarter, buying new clothes jumped into second place for ways in which consumers spend their cash, and is also the only factor that increased compared to previous quarter.

Despite a slightly decrease, Vietnam remained the country with the highest proportion of people saying that their spare money goes on medical insurance premiums globally with 35%, down three ppts from Q2. “With continued focus on health and wellness, it’s no surprise that people cite medical insurance as a key source of their out-goings”, remarked Hawley. 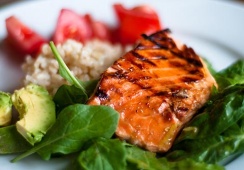 How Vietnamese consumers are changing diet?