The Hanoitimes - As the disbursed amount between January and August was equivalent to 50.7% of the target, the government is under pressure to spend the remaining 50% in the remaining four months.

Despite improvements in disbursement of public funds, the progress remains slower than expected and requires huge efforts to meet the government target by year-end.

The government, therefore, is under pressure to expend the remaining 50% of public investment funds in the remaining four months.

As of present, the disbursement progress lies on the implementation of major infrastructure projects, including the Eastern North-South expressway project, Long Thanh International Airport, or the upgrade of runways of international airports of Tan Son Nhat and Noi Bai, among others.

Meanwhile, projects financed by the official development assistance (ODA) fund such as the Ben Luc – Long Thanh expressway and urban railways are lagging behind schedule, resulting in a low disbursement rate.

Minister of Planning and Investment Nguyen Chi Dung attributed the slow disbursement to changes in policies, difficulties in site clearance, as well as lack of capabilities from project owners and contractors.

Regarding ODA projects, Mr. Dung said many are lacking legal grounds to start construction works, mainly due to adjustments to the financing agreements and investment procedures.

Amid mounting difficulties, Prime Minister Nguyen Xuan Phuc has reiterated the government’s determination to fully disburse entirely the target amount of public funds, adding this is key to boost economic growth during the Covid-19 crisis.

In a meeting late August, Mr. Phuc warned officials would face disciplinary actions if their ministries and localities fail to realize their respective disbursement targets of public investment funds for this year,

On this issue, Minister of Planning and Investment Dung also said the government is willing to transfer state capital from projects whose disbursement is lagging behind those with faster pace.

In a meeting with the ADB’s Country Director to Vietnam Andrew Jeffries on September 17, PM Phuc requested the bank’s support in disbursing US$900 million to ADB-funded projects in 2020. 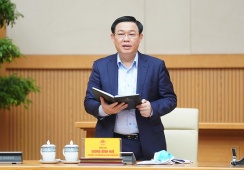 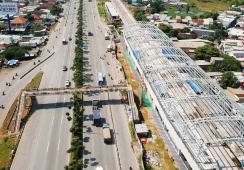