Exhibition: “Those who do not move, do not notice their chains”

The exhibition, held by international and Vietnamese female artists in Hanoi to commemorate life and work of Rosa Luxemburg, will be opened to public from March 5 to April 12

In commemoration of the 150th birth anniversary of Rosa Luxemburg, the Non-governmental organization of Rosa-Luxemburg-Stiftung in Hanoi will organize an exhibition titled “Those who do not move, do not notice their chains”, showcasing artworks from five female artists.

The title of the exhibition is taken one of Rosa Luxemburg’s famous quote: “Those who do not move, do not notice their chains.”

“This presentation is a response and an echo to Rosa Luxemburg’s life of fighting for a fair society,” noted by Tuan Mami, the curator of the exhibition.

The idea of this exhibition is built upon Rosa’s inspiration and her revolutionary theory, to keep the link between people whose strive to devote their lives for humanity and who always act to make society better.

This unique showcase brings together five female voices who have contributed significantly to society and culture through their arts and activities.

The five artists (Veronika Radulovic, Nguyen Trinh Thi, Nguyen Phuong Linh and Joyce Ho) come from different backgrounds, societies, and generations. They will be creating a dialogue to discover various aspects of lives and continuously ‘Reform’ themselves to adapt to changes in life.

Along with this special event, Rosa Luxemburg Stiftung - Southeast Asia will also launch a book titled “Immortal Rose”, which is written upon her political legacy, and portrays a revolutionary woman she was through concise yet vivid narrative, embellished with artistic illustrations. 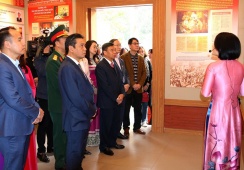 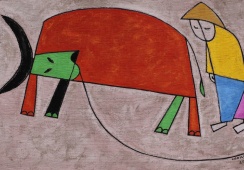