The economy is likely to stage a stronger recovery in Q4 this year, versus 2.6% y-o-y real GDP growth in Q3.

Fitch Solutions, a subsidiary of Fitch Group, has revised down its forecast for Vietnam’s fiscal deficit in 2020 to 3.6% (excluding debt repayment) of GDP, from 6.4% previously, staying below the latest government projection of 5 – 5.1% in May.

Including debt repayment, the projected deficit would be 7.4% of GDP, assuming no change to the government’s budgeted repayment target of about VND245 trillion (US$10.57 billion) for 2020.

Fitch Solutions’ deficit forecast revision is due to slow expenditure disbursements during the year alongside a sharp revenue decline owing to tax relief provided in light of weak economic conditions as a result of the pandemic.

Additionally, it also forecast a 3.6% deficit in 2021, expecting the government to continue pushing for quicker public funds disbursement to accelerate public investment to make up for delays during 2020.

Meanwhile, Fitch Solutions has revised its 2020 forecast for Vietnam’s state revenues to contract 12.9%, from a previously forecast fall of 7.3%.

According to data from the Ministry of Finance, total state revenue and grants as of September only stood at VND975 trillion (US$42.06 billion), 64.5% of the budget projection at VND1,512 trillion (US$65.23 billion). This was mainly due to a shortfall in corporate and personal tax collections which were at 58% and 70% of the full year target.

The category of export-import taxes, excise duties and environment taxes also saw an underperformance, where collection for the first nine months of 2020 only stood at 56.2% of the budget target. To be sure, shortfalls in these areas are in line with Fitch Solutions’ expectations, although the magnitude appears to be larger than it had previously anticipated.

Low collections in these areas can be attributed to tax relief measures extended by the government at mid-year to aid the economy through the pandemic-induced economic crisis. These measures included an extended deadline for excise tax payments for domestically-produced/ assembled cars to late 2020, a 30% reduction to current environmental protection tax payments until end-2020, and a 30% cut in corporate taxes payments for small and micro-sized enterprises for 2020.

The economy is likely to stage a stronger recovery in the final quarter of the year, versus 2.6% y-o-y real GDP growth in the third quarter, as Vietnam has managed to contain its domestic outbreak and has since seen most domestic containment measures been lifted, which Fitch Solutions expected to improve revenue collection in tandem. A continued recovery of the economy will support stronger fiscal revenue collection in 2021, and Fitch Solutions forecast total revenues to grow by 17.5%.

Meanwhile, Fitch Solutions has revised its expenditure forecast to a 6.1% decline, from 8.3% growth previously. Expenditures for the first nine months of 2020 came in at VND1,113 trillion (US$48.02 billion), representing 63.7% of the budget target.

This was mainly due to slow fund disbursement for public investment, which was only at 57.2% of the full year target at VND267 billion (US$11.52 billion). Current expenditures were at 71.6% of the annual budget at VND758 billion (US$32.7 billion).

Fitch Solutions referred to report by Hanoitimes quoting the Ministry of Finance that public fund disbursements were mainly held back by difficulties in site clearance and resettlement, as local authorities and the landowners were unable to reach an agreement on land handover for project execution. Other problems include adjustments to financing agreements and investment procedures of overseas developmental assistance-funded projects causing delays in the construction process, and the Covid-19 pandemic causing delays in the import of capital equipment and arrival of foreign project advisors.

Prime Minister Nguyen Xuan Phuc has since set up seven task forces to speed up the disbursement of public funds as well as warning officials would face disciplinary action if their ministries or localities fail to realize their respective public investment disbursement targets for 2020.

A fiscal deficit will naturally imply additional borrowing. However, assuming that debt repayment is unchanged, Fitch Solutions estimates public debt-to-GDP to rise slightly to 57.0% at end-2020, from the government’s estimate of 56.1% in 2019. This is because the budgeted debt repayment amount would exceed the estimated deficit for the year. This puts the ratio even further below the government’s statutory limit (debt ceiling) of 65% of GDP. 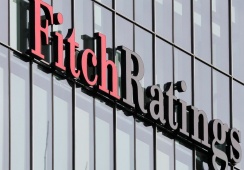