Hanoi agricultural sector estimated to expand at record rate of 4.2% in 2020

The Hanoitimes - For next year, Hanoi targets growth of the agricultural sector by at least 3%.

Hanoi’s agricultural sector in 2020 is set to expand at 4.2% - the highest rate in recent years, and cements its role as a strong foundation for the economy during a difficult period of time.

Vice Chairman of the Hanoi People’s Committee Nguyen Manh Quyen revealed the data at a national online conference discussing the performance of Vietnam’s agriculture in 2020 and targets for 2021 on December 24.

Total production value of agro-forestry-fishery in the city rose by 4.5% against the same period of last year to VND38.1 trillion (US$1.67 billion), which is a positive result despite numerous challenges and difficulties in 2020, including the African Swine Fever, H5N6 avian influenza, and especially the Covid-19 pandemic, noted Mr. Quyen.

“To help the sector overcome these problmes and further contribute to socio-economic development, Hanoi has been pushing for greater production in agriculture, including pig herds repopulation and setting up measures against potential diseases during the production process,” Mr. Quyen continue.

There have also been positive changes in the structure of the city’s agriculture towards a greater focus on market demand, which helps create more jobs and better incomes for farmers, he suggested.

During the 2018-20 period, Hanoi allocated VND82 billion (US$3.54 million) to classify 800-1,000 goods and products under the OCOP program and acknowledge other 500 as OCOP products. So far, 700 products have been classified as OCOP products in 2020, exceeding the original target.

For next year, Hanoi targets growth in the agricultural sector by at least 3%. Mr. Quyen said the city would request the government to revise the Land Law to address its existing shortcomings, including the issue of land consolidation and creating more favorable conditions to encourage further investment in the sector, especially in hi-tech farming. 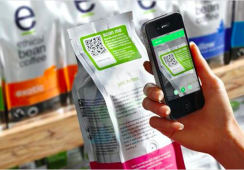 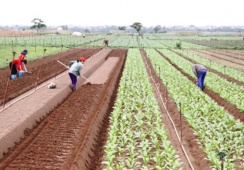