The Hanoitimes - Tougher measures will be taken to curb the outbreak of the new coronavirus in Hanoi.

The Hanoi government has decided to take additional measures to prevent the outbreak of the Wuhan coronavirus after Prime Minister Nguyen Xuan Phuc declared the nCoV an epidemic on February 1.

The city will sterilize all offices, hospitals, public places and bus stations starting February 4 as sterilization is considered an effective measure to stop cross infection, Chairman of the Hanoi People’s Committee said at a meeting late on Monday.

Until now, over 5,000 schools across the city have been sterilized and will be sprayed again later this week.

He requested the Health and Finance Departments to purchase medical materials and supplies for the nCoV prevention. Particularly, the city will deliver five to seven million medical masks for pupils who are set to come back to school on February 10.

Schools in the city are being closed for one week starting February 3 due to caution of the new virus outbreak. Hanoi is home to some two million pupils of all levels from kindergarten to high school.

Chung also agreed to the proposal to shut down the walking street around Hoan Kiem lake and suspend all the spring festivals until further notice.

The mayor asked municipal authorities publicize information to its citizens to avoid misinformation. In addition, fake news needs to be strictly dealt with.

Hanoi has not recorded any individual positive with the nCoV. Of the 29 people suspected of infection, 27 have tested negative while the two other are waiting for test results. 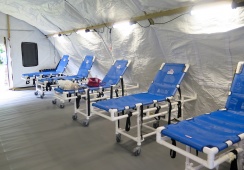 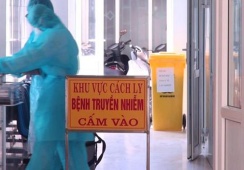