Hanoi expected to realize disbursement target of ODA funds in 2020

As of October 28, Hanoi has disbursed VND1.81 trillion (US$78.2 million) of the official development assistance (ODA) fund, or 51.97% of the target and targets to realize the full amount allocated for this year, according to Vice Chairman of the Hanoi People’s Committee Nguyen Doan Toan.

In 2020, the government allocated VND5.23 trillion (US$226 million) for nine ODA projects in Hanoi, for which the city’s leaders have instructed local authorities to work on measures to avoid any disruption to ODA-funded projects despite severe impacts of the Covid-19 pandemic, stated Mr. Toan at an online government meeting on October 29.

Among measures to speed up the disbursement of ODA funds, the municipal People’s Committee urged related departments and units to complete investment procedures for kicking off new projects, as well as pushing for speedier site clearance, Mr. Toan continued.

Additionally, Hanoi’s leaders have been active in addressing concerns of contractors related to project implementation right in early 2020, he noted.

According to Mr. Toan, these teams have basically resolved all issues related to the construction process, except for the Urban railway project No.2, section Nam Thang Long – Tran Hung Dao, which has a problem related to the adjustment of investment capital; and the planning of the subway Station C9 near Hoan Kiem lake.

At the meeting, Prime Minister Nguyen Xuan Phuc said the challenges remains huge as nearly VND41 trillion (US$1.77 billion) in ODA funds, or 70% of the total, needs to be fully disbursed in the remaining two months of the year.

Mr. Phuc urged all localities and government agencies to continue pushing for speedier disbursement of public funds, which stood at 60% in the first nine months of the year.

Mr. Phuc requested leaders of provinces/cities and government agencies to take greater responsibility in ensuring the full disbursement of public funds in the coming months, saying those with poor competence or responsibility in this task would be replaced.

Mr. Phuc expected government agencies to simplify the administrative procedures in the approval process of investment projects, while the Ministry of Planning and Investment is tasked with reporting to the Prime Minister on a monthly basis on the transferring of ODA funds from projects with slow disbursement progress to those with faster pace. 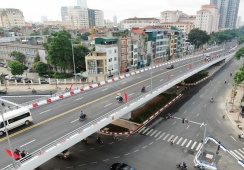 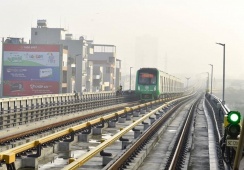 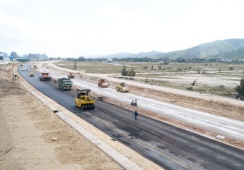