The Hanoitimes - The victory has gone down in Vietnamese history as an immortal and epic struggle for national sovereignty, construction and defense.

Thousands of people gathered at the Dong Da Mound on January 29, the fifth day of Lunar New Year 2020, to mark the 231st anniversary of the Ngoc Hoi – Dong Da victory against the Chinese Qing invaders at the exact location.

The ceremony, one of the first festivals of the year, holds significant meaning as it reminds the locals of the country’s history full of pride and a nation’s unwavering determination in defending the sovereignty against foreign invasion.

The festival was organized with ceremonial rituals, and a festive drum performance reenacting the victory by Emperor Quang Trung, to help visitors and people understand the nation’s swift campaign and epic battle to drive the invaders out of the country.
​
In the early spring of 1789, Nguyen Hue, who was later proclaimed Emperor Quang Trung, led his troops in the fight against the invasion of the Qing dynasty, during which over 20,000 Qing troops were expelled, liberating the imperial city of Thang Long and regaining national independence and freedom.

Since then, the 5th day of the first lunar month has become the traditional day and a national festival.

In line with the ceremony, Hanoi also hosted a series of cultural activities today.

The victory marked a proud chapter in Vietnamese history as an immortal and epic struggle for national construction and defense, said Nguyen Duc Chung, chairman of the Hanoi People’s Committee, at the ceremony.

The festival was held to promote the country’s cultural values and educate young generations about the tradition of patriotism and national pride.

On December 24, 2018, Dong Da Mound was recognized as special national special relic site by Prime Minister Nguyen Xuan Phuc, given the exceptional historical and cultural characteristics of the location. 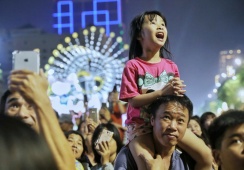 Year of the Rat sets foot in Vietnam; joyful Tet celebrations across nation 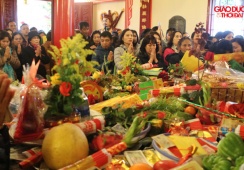