Hanoi would focus on tapping into domestic market and stabilizing macro-economic conditions to reach the highest possible socio-economic targets for 2020, including an economic expansion 1.3 times the national average, according to Vuong Dinh Hue, Secretary of the Hanoi Party Committee.

As the Covid-19 pandemic is causing a global economic recession, Vietnam in general and Hanoi in particular have been heavily affected, Hue said at a meeting of the municipal People’s Council on July 6.

According to Hue, Hanoi has been playing a pioneering role in the fight against Covid-19 and was considered by many countries as an example to follow.

As the city continues to pursue the dual target of both containing the pandemic and boosting economic growth, Hanoi’s gross regional domestic product (GRDP) is estimated to have expanded 3.39% in the first half of 2020, significantly higher than Vietnam's rate at 1.8%.

This is a significant result given the fact that global growth is projected at -4.9% in 2020 by the International Monetary Fund (IMF) in its latest World Economic Outlook update, 1.9 percentage points below the previous forecast.

Vietnam's services, one of the sectors hardest-hit by the Covid-19, grew 2.59% year-on-year in the January – June period, which indicate the huge efforts from tourism and industry in stimulating domestic consumption, Hue added.

Notably, the agriculture sector, which contracted 1.17% in the first quarter, bounced back with a growth rate of 3.5% in the second quarter. This has resulted in overall growth of 1.61% year-on-year in the first six months, higher than the growth rate of 1.15% recorded in the same period last year, Hue said.

Hue requested the local authorities to watch out for the possible Covid-19 resurgence during the process of economic recovery. 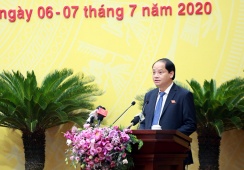 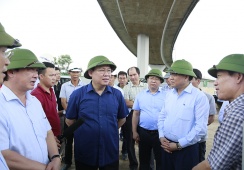 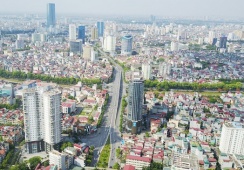