The Hanoitimes - Despite thin supply, primary prices remain stable, suffering no impacts from the pandemic.

The supply of apartments in Hanoi was around 4,600 units from 12 projects in the first quarter (Q1) this year, the lowest level since the market bounced back in 2015, JLL has said.

The figure, which was equal to 65% of the last quarter's number, was due to sales events postponed following the recent ban on public gatherings – a preventive measure in the pandemic – on top of the prolonged construction approval process.

During the quarter, the market welcomed 740 units from one new project in the Premium segment in Nam Tu Liem district. The project recorded a positive pre-sales rate with nearly 50% of launching units taken, thanks to its prime location, fast construction progress, and the mixed-use complex concept.

Meanwhile, demand for mid-end segment was stable. The take-up totaled 4,017 units in Q1, down almost 42.2% on quarter. This was mainly in tandem with the supply slump, although Covid-19 also slowed down sales velocity to a certain extent, JLL explained.

Notably, the quarter marked the participation of a number of buyers, especially overseas ones, who already made the bookings but were unable to carry on with the deposit or Sales and Purchases Agreement due to travel restrictions, according to JLL.

However, good sales activity was still recorded in properties with good construction quality and fast construction progress, indicating the impacts of the pandemic was not yet prevalent across the board.

The mid-end segment led the total sales, accounting for 83% of the market share, mainly from Gia Lam and Long Bien districts. Owner-occupied demand stabilized in the quarter with good sales rate recorded in those projects that are near completion or handover.

The average primary prices remained stable, slightly down 1.5% on quarter but up 4.0% on year, implying the epidemic has yet to put much pressure on prices in Q1. The on-quarter drop was mainly attributed to the temporary sales incentive schemes by developers while keeping the prices unchanged.

The most common sales strategies included a cash rebate of 3 -5% on unit prices for installment payments or valuable furniture packages which could be converted to cash and directly deducted from the price.

JLL predicted that an estimated 20,000 - 30,000 apartments are set to be officially launched in Hanoi in 2020, mainly located in Hoang Mai and Ha Dong districts.

The township model with mid-end products will continue to be the key contributor, JLL said, adding that the pipeline is subject to great uncertainty, depending on how long the outbreak will last. 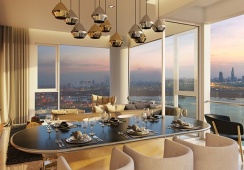 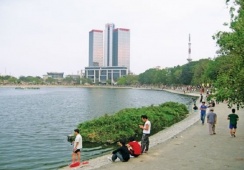