Taking tough measures for the safety of people has become the government's top priority.

The government of Vietnam has stated since the initial stage of the new coronavirus outbreak that it will do anything to protect local people, even at the expense of economic benefits.

At the regular cabinet meeting in January, Prime Minister Nguyen Xuan Phuc said that the government decided to take all measures to push back the epidemic for the safety of the people together with keeping social and economic stability, security, and national defense.

The PM reiterated at a government meeting early March that Vietnam consistently pursues the the aim of protecting the health of locals and foreigners in the country.

Vietnam probably has to continue sacrificing some economic interest in exchange of protecting the people’s health and keeping the country “a safe destination” for visitors amid the widespread of the virus, the PM noted.

“Vietnam is capable and experienced enough to control the epidemic, and considers the well-being of citizens the most important task,” Vietnam’s PM pointed out.

So what has Vietnam done?

With China: Soon after infections soared in China, where the new coronavirus (SARS-CoV-2) broke out, at the end of January, Vietnam suspended issuing visas to all Chinese tourists, except for official and diplomatic passports holders, and stopped flights to and from China’s epidemic-hit areas.

Later on, Vietnam required mandatory 14-day quarantine for all people coming or traveling across China.

With South Korea: When South Korea became the largest virus outbreak outside China and President Moon Jae-in raised the country’s infectious-disease alert level to the highest on February 23, Vietnam imposed the suspension of visa-free entry to South Korea nationals from February 29.

Local airlines then stopped all flights to and from epidemic-hit areas in South Korea.

With Italy: On March 3, Vietnam stopped processing visas to Italians following a surge in this country’s caseload.

With European countries: Vietnam from March 12 halted the unilateral visa waiver program for citizens from eight European countries namely the UK, Germany, France, Spain, Denmark, Norway, Finland and Sweden. The move was made after the toll of infected cases in these countries continued to rise.

All the countries above-mentioned are major sources of tourists for Vietnam.

How are the impacts of the measures?

According to local experts, imposing temporary entry suspension for visitors from major markets will take a heavy toll on Vietnam’s tourism industry this year.

In 2019, China remained the biggest tourism market for Vietnam, accounting for more than 30% of foreign arrivals. South Korean became the second biggest with 23%, statistics by the General Statistics Office showed.

In the same year, Vietnam welcomed 2.1 million arrivals from the Europe, up 6.4% from a year earlier.

The Vietnamese government has foreseen impact on several sectors, such as trade, investment, supply chain, manufacturing, not to mention tourism and aviation.

In the first two months of this year, Vietnam reported a decrease in foreign direct investment (FDI), retail sales and services and a number of businesses facing shortage of materials.

To strengthen the combat against Covid-19, the government has used an amount of VND500 billion (US$21.7 million) while Hanoi’s authorities said it would spend VND400 billion (US$17.4) for the mission.

In addition to supporting the epidemic combat, the government has announced a package of VND250 trillion (US$10.8 billion) worth of soft loans for epidemic-hit firms. Local banks have pledged to lower interest by 0.5-3 percentage points for new loans. 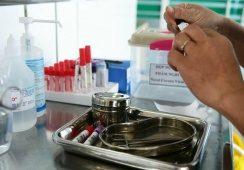