The Hanoitimes - The flight was equipped with health emergency toolkits and isolation rooms to prepared for critical conditions.

As many as 219 Vietnamese nationals, of them 129 are diagnosed to be infected with SARS-CoV-2, were repatriated from Equatorial Guinea on July 29, making their journey home possible amid restricted movement options globally.

The citizens returned to the country on a Vietnam Airlines Airbus A350 aircraft, supported by 13 crewmembers, three technicians, and four health workers who are from the National Hospital of Tropical Diseases.

Pham Anh Tuan, one of three captains for the repatriation flight, said “We are aware of the importance of this flight as it helps fulfil not only our duty for the country and the people but it seems also like an order from our hearts.”

It took 35 hours for the return flight and fueling.

Passengers and crewmembers wear protective clothing during the flight that was also equipped with health emergency toolkits and positive air pressure rooms (that enabled healthy people to have meals safely).

All people including crewmembers, doctors, and passengers have been quarantined at the National Hospital for Tropical Diseases after landing at Noi Bai International Airport in Hanoi. 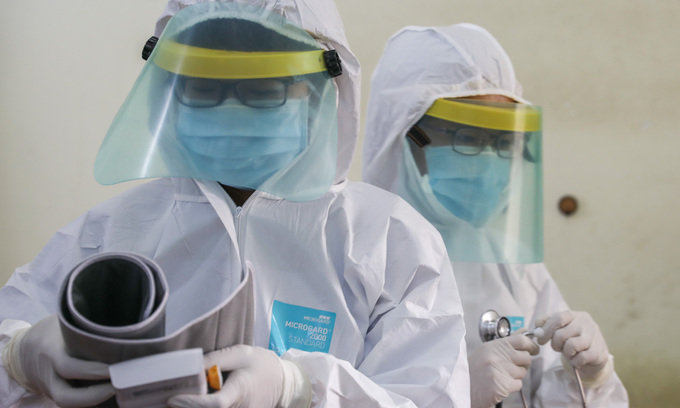