Public loudspeakers have been used as an effective communication channel in the Covid-19 pandemic prevention.

Used as a public alarm in the war time, public loudspeakers seemed to finish its mission today. However, it is resurrected in the battle with the Covid-19 pandemic.

The public loudspeaker system can be historically dates back to the 1960s as a communication channel during war time in Vietnam, it was used first in Hanoi and then spread to other localities. During this time, it was used to alert people of imminent and potential air attacks. It was also the first channel to inform the victories  in the battles or when the war ended.

Later, it is used as communication between ward level government and local residents. Besides warning emergencies such as natural disasters or outbreaks of disease, it delivers daily neighborhood announcements about local meetings, health updates, sanitation, important events and other public issues. The same system is also available in many other parts across Vietnam.

However, before Covid-19, there were debates in Hanoi on the removal of these loudspeakers. It was regarded as unnecessary and unpopular among the people for being annoyingly noisy, especially with the presence of modern information channels like TVs, newspapers, social networks in the digital age.

Moreover, it was also a “nightmare” for many people for its noise and repeated information during the day and they find no way to turn it off. There is even a saying as “to be as loud-mouthed as the ward loudspeaker” to describe someone who is loud and talkative.

“Actually, the public loudspeakers were installed right after national Independence Day September 2, 1945. They once were useful then, but now they are making our life impossible. Sometimes I want to sleep an extra while on Sunday, but my ward loudspeaker some 20 m from  home wakes me up. During 1st night of Lunar New year day, it played music till 2am,” said Hung Nguyen, a resident who lives in Hanoi’s Old Quarter Area.

Meanwhile, some others still wanted to keep loudspeakers, considering them as the iconic method of mass communication and a historical witness which represents the power of the government.

Then Hanoi decided to maintain loudspeakers but reduce the broadcast time and schedule as well as improve the quality of the news.

In the context of serious Covid-19 pandemic over a year, loudspeakers return to their mission of spreading news to everyone.

Besides updating the latest news about the pandemic, loudspeakers help disseminate the prevention direction from the Government, recommendations from the Ministry of Health, policies supporting people affected by the epidemic, requirements of medical declaration and quarantine for people coming from epidemic areas, prohibition of public gathering , among others.

Loudspeakers have a fixed schedule and broadcast several times daily for those who do not have time to follow news can still update it, for example, in the morning at home before getting to work or even in the street waiting in front of the stop light.

Thereby, the loudspeakers help local residents to be more aware of the pandemic and responsible for themselves and the community. They are still useful for all ages, especially the elders and kids who find it hard to use technology devices like computers and smartphones.

Some argued that the information delivered from loudspeakers is official and precise, also helping people avoid confusion a created by some fake news on social networks.

According to Assoc.Professor Nguyen The Ky, General Director of VOV, public loudspeakers of wards and communes have different roles in different periods. In the modern time when there are a lot of media channels, they still could be useful. The key is how it is used effectively. 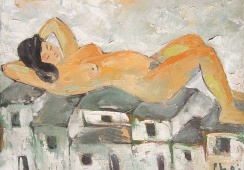