Myanmar: Part 2 - The dilemma of the US, China and ASEAN

ASEAN couldn't be quiet on the return of the military rulers to power in Myanmar but also couldn't condemn or sanction them.

The recent military  in Myanmar put many of Myanmar's partners al around the world in political dilemma, especially and first of all the US, China and ASEAN.

ASEAN because Myanmar is in this regional organization since 1997. The US and China because of their strategic interests in Myanmar. ASEAN's main principles has always been consensus and non-interference in members’ internal affairs.

At the time when Myanmar joined ASEAN, the military was still in power in Myanmar and that meant ASEAN has had no problems with Myanmar's military government. But military coups in member countries after having joined ASEAN, just like in Thailand and recently in Myanmar, posted and posts big difficulties and problems to ASEAN because the tested and test ASEAN's common understanding on democracy, human rights and the rules of law and because it challenged and challenge the Association 's internal coherence. ASEAN couldn't be quiet on the return of the military rulers to power in Myanmar but also couldn't condemn or sanction them.

Therefore, ASEAN's reaction was always only appealing to the military rulers for restoring democracy as well as offering helps and intermediating’s which is more formal than practical. As Association, ASEAN has to do somethings but there is really very not much what ASEAN could do which could impress Myanmar’s military.

That is why Myanmar's military now can lean back while watching ASEAN's reaction. If ASEAN really wanted to play some important roles in Myanmar it must dare to jump over its own shadow. Earlier, at some time in the past, ASEAN was in the same situation when Thailand's military seized power through coup d’état.

China is commonly said and believed to be able to exercise more and greater influences on Myanmar than the US. In the Cold War time, the US was more friendly to Myanmar's military rulers than China. But US's goodwill and friendship were turned to the bad after the Cold War and the US, in concert with other Western countries, used issues like human rights, democracy and the rule of law to pressure on Myanmar's government while China maintained friendly relationships of good cooperation with the military in Myanmar. Then, the US supported Myanmar's civilian government, hoping that the rebirth of democracy would be strong and durable enough to keep the military staying in its barracks. China has been playing a double game in Myanmar.

The US's now dilemma in Myanmar is it must put and increase pressure and sanctions on Myanmar's military after having declared democracy, human rights and the rule of law as America's values and as cores of its foreign policy. But the fiercer its pressures and sanctions are the realer will the risk be for the US to push Myanmar's present rulers towards China.

Myanmar: Part 3 - What would and might be next Myanmar? 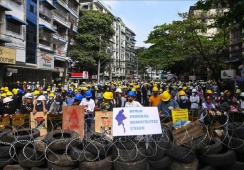 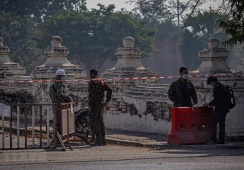 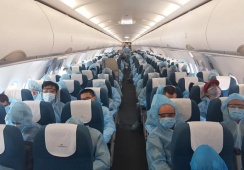