The Hanoitimes - The law is considered a potential game-changer, addressing various shortcomings of the previous PPP legal framework, most pertinently that relating to the allocation of revenue risk.

Fitch Solutions, a subsidiary of Fitch Group, expected major projects in Vietnam to attract bids of higher quality bids vis-à-vis those received prior to the enactment of the new public – private partnership (PPP) law.

According to Fitch Solutions, the law, ratified by the National Assembly on June 18, is considered a potential gamechanger, addressing various shortcomings of the previous PPP legal framework, most pertinently that relating to the allocation of revenue risk. Long lingering concern over high risks associated with PPPs could be alleviated as revenue risk is now partially shifted to the government.

Nonetheless, Fitch Solutions said there remain major hurdles for investors in other aspects of the project such as land acquisition, securing of commercial loans and reducing foreign currency risks. Also, demand risks pose a challenge for the structuring of the project’s revenue model, especially in the short-term, as these segments are located a distance away from the main demand centers of Ho Chi Minh City and Hanoi.

Recently, the Ministry of Transport (MoT) has released bidding documents for five sub-projects relating to the NorthSouth Expressway. These projects have been released under the Public-Private Partnership (PPP) model.

Interested bidders will have to raise an estimated VND22.4 trillion (US$961 million) of capital, about a quarter of the total project value of VND100.8 trillion, within six months if their bids were accepted.

Submission of tender and bidding documents is due in September 2020, and thereafter, relevant authorities will commence the evaluation process, which is expected to end by December 2020.

Meanwhile, it is still too early to tell if the new PPP law will indeed bring about a drastic improvement in investors’ appetite as it is still relatively untested. Hence, it is believed these projects will serve as an important litmus test to gauge how well the new PPP law is received by the private sector, and to identify further concerns with regards to risk.

Fitch Solutions said the government is under increasing pressure to deliver critical infrastructure required to ensure sustainable economic development over the medium to long term, while working to reduce the financial stress on its own balance sheets.

This is especially so as growth in 2020 is expected to slow down significantly from the GDP growth of 7.02% recorded last year, despite Vietnam’s successful efforts in preventing a vast outbreak of Covid-19, stated Fitch Solutions. 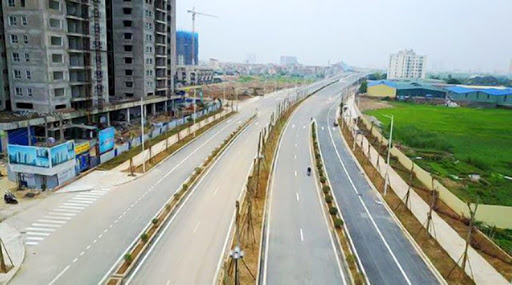