The pandemic has been the major factor that took away work opportunities of 1.6 million people.

Up to 22.2 million people have received less income than before the Covid-19 outbreak while the services sector was hit the hardest with nearly 72% of its workforce directly affected.

More than 32 million workers aged 15 and over in Vietnam have been hit by the Covid-19 pandemic, either becoming unemployed, being forced to take unpaid leave or having their working hours reduced, according to the General Statistics Office (GSO).

“Of the sum, 22.2 million people, or 69.2% of the affected ones, have received less income than before the Covid-19 outbreak; 40% with less working hours and 14% laid off,” said Vu Thi Thu Thuy, head of GSO’s Department of Population and Labor Statistics at a press briefing hed in Hanoi on January 6.

The services sector faced the most severe impacts with 71.6% of its workforce directly stricken, followed by the industry and construction sector with 64.7%; and agro-forestry and fishery with 26.4%, she noted.

In other words, the pandemic has been the major factor that took away work opportunities of 1.6 million people.

There have also been changes in the number of seasonal workers during each quarter in the year. For the past three years, the number of workers in the first quarter had been the lowest and then gradually increased in subsequent quarters, eventually reaching its peak in the fourth quarter. However, in 2020, the labor force started shrinking in the first quarter and hit bottom in second quarter, but then recovered in the last two quarters.

“Despite the recovery trend, the number of workforce in the fourth quarter has not been at the pre-Covid-19 level,” stated Mrs. Thuy, adding that the figure was 200,000 lower than that of in the first quarter.

The monthly income of workers in 2020 averaged VND5.5 million (US$240), down 2.3% year-on-year, in which those working in services sector suffers the sharpest decline in income, followed by the agro-forestry-fishery sector.

To mitigate severe impacts of Covid-19 on the labor market, the GSO’s representative urged Government agencies to continue administrative reform and provide stimulus packages for the economy, including labor-intensive sectors.

At a time when the Covid-19 pandemic remains complicated globally, the Government should encourage workers to enhance their skills and knowledge to meet market’s demands in a new normalcy, Mr. Vinh suggested.

"Additionally, employers should also adopt to new business and production methods in the post-Covid-19 pandemic and devise their strategies accordingly," he said. 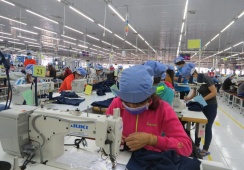 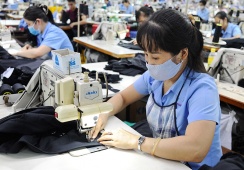