The Hanoitimes - The latest step forwards for regional integration is a reminder for foreign investors that Vietnam is open for business.

The signing of the Regional Economic Partnership Agreement (RCEP) in November, after eight long years of negotiations, marks a historic step forwards for trade integration in the Asia-Pacific region. For Southeast Asian countries, like Vietnam, who have long been the trailblazers of economic integration in the region, it is a triumph of diplomacy. For foreign investors, the deal makes Southeast Asia an even more attractive investment destination. And for the world, it is a welcome move against protectionist trends.

The RCEP creates the world’s largest trading bloc both by population and GDP, encompassing three of Asia’s four largest economies and many of the nations who will drive global growth over the coming decades. While the countries are a diverse mix of developing and developed nations, the agreement will help lower tariff and non-tariff trade barriers between all of them and accelerate existing patterns of regional trade cooperation. As one of the region’s growth hubs, Vietnam and its thriving community of small and medium-sized businesses stand to benefit greatly from the efficiencies created by simplifying intra-regional trade and cutting bureaucratic red tape. Furthermore, the deal is expected to raise global GDP by over US$186bn per year by 2030.

For the Southeast Asian region as a whole, the deal is an excellent boost. ASEAN nations already enjoy strong free trade links between each other, but the new agreement will help nations like Vietnam and Indonesia assume a greater role in global value chains, as trade with the manufacturing powerhouse of China improves. Improving trading standards across the bloc will only make Southeast Asian countries more attractive to foreign investors.

That attractiveness is by no means new: my own company, Kusto Group, has been actively invested in Vietnam since the mid-2000s and moved its headquarters to Singapore in 2012. The region’s natural advantages – in particular its young, dynamic populations – mean it is rightly considered a key engine of global growth and it’s little surprise that foreign direct investment into Southeast Asia reached a record US$159bn in 2019. But the RCEP will certainly deepen existing trends and help the region to fully capitalize on its latent potential.

For countries outside of the agreement on the RCEP’s periphery, a more prosperous, high-growth Asia Pacific region will be welcomed. As incomes rise across signatory nations, their neighbors – including my home country, Kazakhstan – can expect a boost in demand for their exports across many sectors, including for example agricultural products. What I, and many others, hope is that the RCEP will become a springboard for a much-wider framework of trade cooperation that connects all corners of Eurasia.

Geopolitically, the deal is significant because it runs against the protectionist currents that have threatened to engulf global trade during recent years. Notably, the signatories of the deal include many steadfast US allies like Japan, South Korea, Australia and New Zealand. Their participation demonstrates that efforts by the United States to isolate China from global value chains are unlikely to succeed. The deal instead gives fresh impetus to a more cooperative trade system in coming decades. As we emerge from the deepest global recession in living memory, that alone is cause for celebration.

Ahead of the WTO Ministerial Conference next summer in Kazakhstan, the RCEP is a symbol of what is possible if nations pursue shared interests and common prosperity, by embracing the principles of free trade. As ASEAN nations know better than most, greater economic cooperation is not something to fear. The latest step forwards for regional integration is a reminder for foreign investors that Vietnam is open for business.

Talgat Turumbayev is one of the four founding partners of the Kusto Group. He moved to Ho Chi Minh City, Vietnam in 2011 to manage Kusto Vietnam, which has rapidly grown to become a core division within the group. 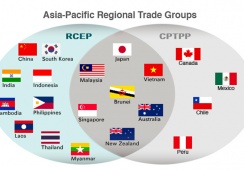 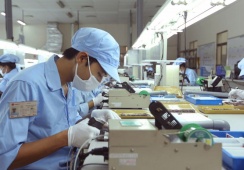