Samsung Vietnam on February 4 signed a memorandum of understanding (MoU) with the Ministry of Industry and Trade (MoIT) and the Hai Duong People’s Committee in providing assistance for Vietnamese enterprises in supporting industries, according to the MoIT.

Hue said over the past few years, the domestic supporting industries have transformed significantly, particularly with the manufacturing and processing sector becoming a major driving force for economic growth and expanding at an annual growth rate of 9%.

However, there remains a lack of leadership in the supporting industries, while many industrial sectors have not met development targets with low localization rates, Hue added.

With small scale and limited competitiveness, local enterprises are unable to expand integration into the global value chain, Hue asserted.

On the back of the MoU, Hue asked Samsung Vietnam to continue cooperating with the MoIT and provinces/cities in Vietnam in providing training and consultancy for local enterprises, allowing them to take part in the global value chain and that of Samsung in Vietnam.

In 2020, the MoIT would continue to cooperate with a number of provinces and cities in drafting policies aiding the development of industrial sectors, focusing on supporting industries.

Choi said in 2014, there were only four Vietnamese enterprises qualified as Tier-1 supplier for Samsung, the figure rose to 42 in 2019 and is expected to reach 50 this year. 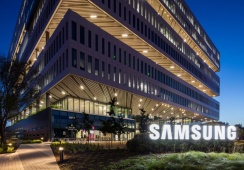