The Hanoitimes - The bilateral relationship has upgraded to Strategic Partnership in 2013 with Singapore the largest investor in Vietnam currently.

The government of Singapore has appointed two new ambassadors to Vietnam and Israel, the Ministry of Foreign Affairs (MFA) announced on Tuesday [January 19].

Under the appointment, Mr. Jaya Ratnam will be ambassador to Vietnam, the Straits Times has reported.

Mr. Ratnam has been with the foreign affairs since 1991 and previously played as Singapore’s Ambassador to the Kingdom of Belgium between July 2016 and December 2020. Prior to that, he was Singapore’s High Commissioner to Brunei Darussalam from June 2012 to March 2016.

As a graduate of the National University of Singapore and Johns Hopkins University, Mr. Ratnam has received awards for his work in the civil service, including the Public Administration Medal (Silver) in 2012 and Long Service Medal in 2014.

He has served in various positions both in Singapore and abroad, including roles in the Permanent Mission in Geneva, the Singapore Embassy in Jakarta and Singapore High Commission in Kuala Lumpur.

Mr. Ratnam’s predecessor is Ms. Catherine Wong Siow Ping who took up her appointment in September 2016.

Ms. Catherine said the embassy has made incisive assessments that enable the Singaporean government to better understand Vietnam, its long term trends, as well as bilateral relations.

The Prime Minister showed his interest in Singapore’s education, saying that more Vietnamese students studying in Singapore will help improve Vietnam’s manpower quality in the future.

Vietnam and Singapore established bilateral diplomatic relations in 1973 and the relationship was elevated to Strategic Partnership in 2013.

The expansion of trade and business links between Singapore and Vietnam over the years has also been a significant factor in forging robust bilateral ties. Economic relations are underpinned by the Connectivity Framework Agreement, an overarching platform to discuss issues on bilateral economic cooperation since 2006.

The two countries committed to supporting each other at regional and international agendas and organizations such as the United Nations and the Asia-Pacific Economic Cooperation (APEC) forum.

As of end 2020, Singapore topped investors in Vietnam in 2020 with nearly US$9 billion, taking up 31.5% of the latter’s total foreign direct investment (FDI) in the year, according to Vietnam’s Ministry of Planning and Investment. 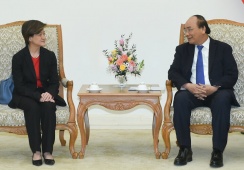 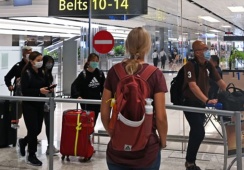 Vietnam visitors negative with coronavirus can travel freely within Singapore 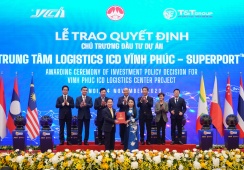