Fitch Solutions’ deficit forecast is wider than the Ministry of Finance’s 5.0-5.1% deficit estimate.

Fitch Solutions, a subsidiary of Fitch Group, has revised its forecast for Vietnam’s fiscal deficit (excluding debt principal repayments) to be 6.4% of GDP in 2020 (from 6.0% of GDP previously), almost double of 3.4% in 2019.

This is mainly due to the government’s Covid-19 fiscal stimulus having a strong focus on tax relief, which Fitch Solutions expects to result in a larger revenue contraction versus its projections previously.

Fitch Solutions’ deficit forecast is wider than the Ministry of Finance (MoF)’s 5.0-5.1% deficit estimate, which already reflects the authorities’ view for a wider deficit versus their initial 3.4% target set for 2020 back in December 2019.

The key difference between Fitch Solutions’ assumptions versus the government’s is that the former forecast real GDP growth of 2.8% in 2020, sharply below the government’s 5.3%, and this informs Fitch’s downbeat fiscal revenue collection outlook.

While 2020 spending patterns appear broadly in line with 2019 in spite of the Covid-19 crisis, the higher level of spending against the annual plan versus 2019 does still suggest potential frontloading of government spending to aid the economy out of the crisis, especially in the capital expenditure component.

Fitch has revised its budget revenue growth forecast to -7.3%, from -5.0% previously. This is due to Covid-19 fiscal stimulus as part of Resolution No.84/2020 which encompasses tax waivers and reductions as opposed to deferrals previously, to aid businesses and individuals in overcoming the pandemic shock. To be sure, tax waivers and reductions mean that the government will be foregoing some revenue entirely as opposed to simply collecting the revenue later in the year.

In light of the government’s direction of implementing its fiscal stimulus, which is mainly focused on tax relief, Fitch has revised down its forecast for expenditure growth to 8.3%, from 9.0% previously.

Fitch continues to believe that the government will ramp up spending through a public infrastructure drive over the coming months to support Vietnam’s economic recovery process.

This will be also to enhance the country’s logistics infrastructure to handle more foreign direct investment amid the ongoing trend of supply chain diversification out of China, which Vietnam continues to be a strong beneficiary of.

Fitch referred to a report from Hanoi Times that the government will suggest to the National Assembly to change the financing method of a number of sub-projects under the Eastern North-South expressway project from a Public-Private Partnership (PPP) to public investment.

To date, Fitch estimated the Covid-19 relief fiscal stimulus to be about 3.6% of GDP, comprising a VND180 trillion (US$7.75 billion) package in the form of delayed payments for value-added tax, corporate tax, and income tax, and a VND62 trillion (US$2.67 billion) social security package for vulnerable individuals and businesses impacted by the pandemic’s economic shock.

A wider deficit due to the above stimulus measures will imply additional borrowing. As such, Fitch believed that this will see Vietnam’s public debt-to-GDP ratio nudge slightly higher over the near term, from the government’s estimate of 56.1% in 2019, although Fitch highlighted that it expects public debt to remain well below the government's statutory limit (debt ceiling) of 65% of GDP.

Vietnamese government’s capable handling of the domestic Covid-19 crisis has allowed the country to be one of the first globally to reopen having contained the virus domestically, with others being New Zealand and South Korea. This contrasts with economies such as India, and Indonesia, which are reopening as a result of, in its view, policy trade-offs by the government between virus containment and economic hardship for the masses.

While Fitch said Vietnam’s real GDP growth may beat its 2.8% forecast in 2020, a stronger growth, therefore, would see the budget deficit come in narrower than expected. 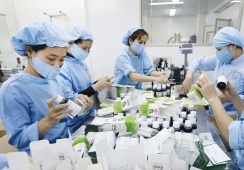 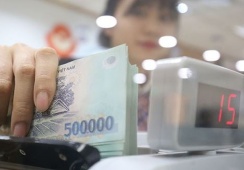