The Hanoitimes - Vietnam continues to be one of Thaibev’s core markets and is an integral part to its goal of becoming a stable and sustainable leader in Southeast Asia’s beverage industry, stressed Thaibev.

“ThaiBev, through its subsidiary Vietnam Beverage Company Limited, is confident in its business in Vietnam and remains strongly committed to making (Sabeco and Bia Saigon the pride of Vietnam,” said the company.

Vietnam continues to be one of ThaiBev’s core markets and is an integral part to its goal of becoming a stable and sustainable leader in Southeast Asia’s beverage industry, stressed ThaiBev.

ThaiBev also revealed its plan to list its beer business on the stock market, but saying “that the process is still at early stages and there is no certainty or assurance that any such transaction will occur.”

“Shareholders are advised to exercise caution and seek appropriate professional advice before dealing in their THBEV shares and securities, and refrain from taking any action in respect of their investments which may be prejudicial to their interests,” it added.

In late November, Bloomberg reported that Thai billionaire Charoen Sirivadhanabhakdi, ThaiBev’s owner, was considering an initial public offering (IPO) of its beer business in Thailand and Vietnam on Singapore’s stock exchange next year. If successful, this would be the largest IPO on this exchange with a valuation of about US$10-12 billion.

However, Financial Times later cited Euan McLeish’s assessment, an analyst at US investment management firm Bernstein, that ThaiBev has no immediate need for capital, and so the IPO could be intended to spur an offer from Budweiser APAC for Sabeco, which has a 55% share of Vietnam’s market.

Budweiser APAC is a subsidiary of US brewer Anheuser-Busch InBev, which is listed on the Hong Kong Stock Exchange and operates in the Asia-Pacific region.

Currently, the Ministry of Industry and Trade and Vietnam Beverage, a local unit where ThaiBev holds control, own 36% and 53.59% stakes in Sabeco, respectively. The latter acquired Sabeco’s 53.59% stake in a deal worth nearly US$5 billion, Vietnam’s record deal in state divestment to date. 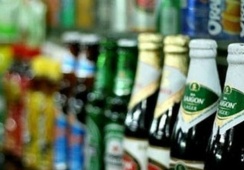