Tips for eating out in Hanoi

The flavor of the dishes is passed through many generations that makes them extremely special for diners.

Hanoi’s cuisine is highly appreciated for its sophistication in processing and presentation, many dishes have been passed down from one generation to another. Here are some tips for eating out in Hanoi.

The eatery earned its fame for serving former US President Barack Obama and Anthony Bourdain a light dinner during the US president visit to Vietnam in September of 2016. The highlights of its menu are grilled pork and crab spring rolls.

It has been established for 30 years.

Established in in Hang Manh street, the capital Old Quarter For over 50 years, bun cha Dac Kim offer a generous ration of bun (rice noodle) and grilled pork at a very affordable price of around US$3.

Established in the past 130 years, the restaurant becomes one of the oldest eateries in Hanoi with turmeric-spiced catfish.

Located at the heart of the capital, the Vietnamese noodle soup restaurant was established since 1955. Though having to rely on tour guides to eat here as the location is a bit hard to be found but many foreign tourists have managed to return to enjoy the meal as its flavor is unforgettable.

After the main courses of bun cha or pho, it’s highly recommendable for tourists to try some street desserts. Established in the past 100 years, Xoi che ba Thin is well known with steamed sticky rice with sweet gruel or the rice ball soup.

The four-season sweet soup or Chè Bốn Mùa eatery is well known since 1975. It is always crowded on sidewalk of the capital Old Quarter street, where many foreign tourists gather to explore Hanoi. 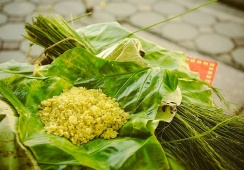 Dishes made from green rice – Hanoi’s flavor of autumn 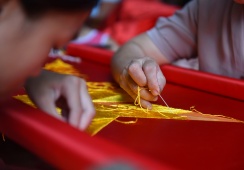 Hanoi village famous for making national flags in past 7 decades 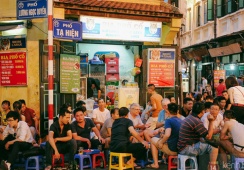