“The children are taught to sing and dance at their early ages by parents and village elders. Despite their young age, the children dance as if they were professional dancers,” said the photographer.

Meanwhile, the awarded photo “Drying fish” was taken in July 2020 at Long Hai fish market. The market, in Ba Ria - Vung Tau, Vietnam is the seafood trading place, especially dried scads, the animal creatures with the scientific name of decapterus.

The photographer’s lens focused on a woman who, in her conical hat, is drying fish under strong sunlight. “I came to Long Hai on a photo trip and was really overwhelmed by the scale of the fishing village. Fish are bought in bulk from large ships offshore, steamed and put into wooden trays to dry. The fish are usually dried under the direct sunlight after one day, then brought to markets for sell,” read Khanh Phan’s photo caption.

Its mission is to recognize and reward talented photographers from around the globe and put them in touch with the artistic community in Tokyo, Japan. Photographers from all corners of the world are encouraged to submit their works for valuable prizes. 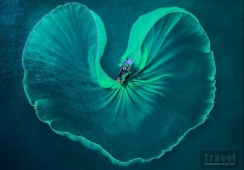 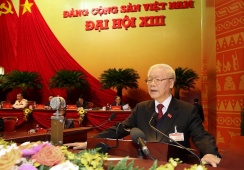