The Hanoitimes - In the early 20th century, there was a saying "First Sy, second Phuong, third Xuong, and fourth Dinh" referring to the four wealthiest men in the country and Indochina at that time.

Huyen Sy - Richer than the King

Born in 1841 into a Catholic family, Le Nhat Sy was sent by a priest to study at a theological seminary in Penang, Malaysia. Once returning  home, he worked for the French colonial government as an interpreter then a member of the Nam Ky Colonial Council and was called Huyen (an administrative rank) Sy by his title.

It was said that his property came from land investment and... luck. All the land he bought produced good harvests, making him richer and then the richest in the region. He spent a large sum on building two large churches in Saigon, namely Huyen Sy in District 1 and Chi Hoa in District 10. His son later built another, Hanh Thong Tay in Go Vap district Go Vap. All of them were located in his land, showing his vast estate spreading from district 1 to Go Vap.

His granddaughter later got married to Bao Dai, the last king of the Nguyen Dynasty (1802-1945), also the last feudal regime of Vietnam, known as Queen Nam Phuong. It was said that the net worth of the queen’s grandfather was larger than that of the king.

Also born in 1841, Do Huu Phuong was fed with a golden spoon as he was the son of a rich landlord as well as a successful businessman, one of the first Vietnamese to do business with foreigners.

Upon being appointed the governor of Cho Lon, a province of Nam Ky of that time, he was one of the most important Vietnamese mandarins working for the French colonial regime.

He was known as a welcoming host who invited many high-ranking French colonial settlers into his palatial home. Later he was granted French nationality and his children were sent to study in France.

Inherited the huge estate from his father and with his successful career in the French colonial administration, he owned thousands of square miles of land and was known as the largest landlord of the time. His funeral was among the most sumptuous in the early 20th century which lasted half a month with massive turnout for paying respect and an abundance of food.

Born in 1842, Ba ho Xuong, or Ly Tuong Quan, was of Chinese origin. At 30, seeing the potential in the food trading, he quit his job as an interpreter for French colonial government to start his business.

Under the tough time of food shortage, with good skills of languages, communication, relations and trading, he soon became the “lord” in the food trade, providing to Saigon and other neighboring localities. He supplied meat and fish as well as holding monopoly in a certain number of products.

He also invested in land and construction of villas for rent and sale. His outstanding works included his own villa, one of the national relics for its architectural art and a cemetery with the combination of Asian and Gothic architecture, located in District 5 and Tan Binh District, Ho Chi Minh City today.

Tran Huu Dinh started his career as an owner of a pawnshop. Later he did business in land and cloth import and export. He soon became rich, known as the king of cloth provider at that time. His wealth was shown in the number of his villas in Saigon’s downtown.

In the fourth position of Vietnam’s richest of the time, there were three other “candidates” listed as well. The first was Hui Bon Hoa, a Vietnamese-Chinese, owner of Hui Bon Hoa real estate company which used to own over 20,000 houses and built many important works that changed the landscape of Saigon such as the Museum of Fine Art, Hotel Majestic, Tu Du Hospital, among other hotels.

The other was Tran Trinh Trach, who came from a poor family background but  thanks to his excellent academic performance, Tu Trach became an official of the Court of Bac Lieu province. He became rich by purchasing property from failed landlords and later was known as one of the founders of the first Vietnamese bank.

The last one was Bach Thai Buoi, from Hanoi, who was able to compete fairly with strong French and Chinese merchants of the time in water transportation, mining and publication. He was considered as one of the typical man Vietnamese bourgeoisie in the 20th century. 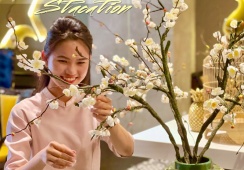 Tet Holidays: Four reasons for a shopping staycation in Saigon 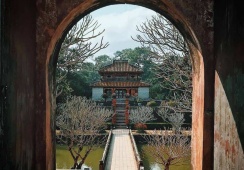