The Hanoitimes - This is the first time that the state-run bank claims the first spot in the stock market in terms of market capitalization.

In 2019, Vietcombank posted the highest profit among banks in Vietnam at over VND23 trillion (US$1 billion), 3.5 times higher than in 2015 and was also the largest taxpayer in the banking system.

To date, Vietcombank has expanded to 116 branches nationwide and was the first bank in Vietnam setting up a representative office in the US with approval from the Federal Reserve, as well as being granted an approval from Prime Minister Nguyen Xuan Phuc to open a branch in Australia.

Despite the Covid-19 pandemic, Vietcombank remains a spotlight in the banking sector with a credit growth of nearly 10% in the 11-month period and kept bat debt under 1%. Recently, the lender has received the approval from the State Bank of Vietnam (SBV) to expand its credit growth limit to 14%.

On December 15, Vietcombank announced its decision to cut its interest rates for the fifth time this year by one percentage point to support the business community overcoming severe impacts from Covid-19. The decision would result in the bank foregoing a profit of VND300 billion (US$13 million), taking the total figure to VND3.7 trillion (US$160 million) in the five rates cuts.

The move, however, does not stop Vietcombank from gaining the highest profit among banks in Vietnam, stated Vietcombank’s Chairman Nghiem Xuan Thanh.

The SBV remains the largest shareholder of Vietcombank with a 74.8% stake, followed by Japan-based Mizuho Bank at 15% and Singapore’s sovereign wealth fund GIC Private Limited (2.55%). 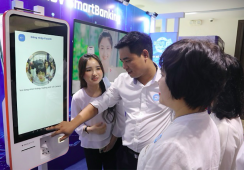 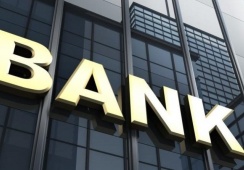 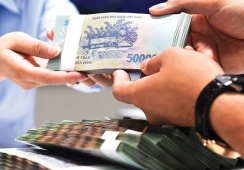