The Hanoitimes - In a recent interview with Hanoitimes, Mrs. Elisa Fernandez Saenz, Head of Office, UN Women in Vietnam, highlighted the achievements of Vietnam in promoting gender equality in recent years, and suggested the pathway to full equality of rights and opportunities between men and women.

In the past 25 years, Vietnam has made very important achievements in terms of advancing women rights, women’s empowerment and gender equality. The country has developed very strong framework on legislation to address the key agreements - international agreements on gender equality in line with the Beijing Platform for Action.

The country has for example amended the Constitution to make sure that this consideration was included and that followed the development of legislation, for example the gender equality law, the law to prevent domestic violence, and the national strategy for gender equality.

• Gender parity in education has been achieved at the primary school level and, almost there at the lower secondary level also.

• In employment, women’s participation in the workforce is almost as high as men’s (72.5% and 82.4% respectively). The participation of ethnic minority women in the labor force is also increasing, especially in the fields of education and health.

• Another significant achievement is that in the new Labor Code, the reduction in the gap of retirement age - will bring a lot of opportunities for socio-economic growth of the country.

• In politics, women hold many key positions including Politburo member (3/17), member of the Central Committee of the Communist Party of Vietnam (20), National Assembly Chairwoman and Vice Chairwoman, Vice President, Minister (01) and Deputy Minister (11). The percentage of female National Assembly deputies in 2017 was 26.7 per cent, one of the highest percentages in the region.

Importance of gender equality to economic growth of Vietnam

Women and girls represent half of the population and, therefore, also half of its potential. Gender equality, besides being a fundamental human right, is essential to achieve peaceful societies, with full human potential and sustainable development.

In Vietnam, women constitute 47.7% of labor force. Women make up 26.5% of business owners and CEOs. These are the results of the country’s continuous efforts to protect and fulfil the rights of all people without discrimination.

However, gender equality is yet to be achieved. Vietnamese women still earn lower salaries compared to men. Women face huge barriers as they climb up the career ladder. And they are discriminated against when entering the job market. The traditional expectation of domestic and family care responsibilities, as well as gender biases in recruitment practices and gender discrimination in the workplace are still holding back many female workers to compete in the job market on equal terms with their male counterparts.

Evidence shows that there is a direct correlation between investing in women’s employment and GDP per capita: countries with greater gender equality have faster-growing and more competitive economies. Likewise, businesses with greater gender equality display higher returns, higher levels of productivity and competitiveness, with better labor force and work environments.

It has been shown that empowering women spurs productivity and economic growth. Some examples are:

• In 2006, The Economist estimated that over the past decade, women’s work has contributed more to global growth than China.

• In 2007, Goldman Sachs reported that different countries and regions of the world could dramatically increase GDP simply by reducing the gap in employment rates between men and women: The Eurozone could increase GDP by 13%; Japan by 16%; the US by 9%.

• In Vietnam, a UN Women study estimated the annual direct costs of violence against women to be approximately 3% GDP of Vietnam in 2010.

Unfortunately, there is still a long way to go to achieve full equality of rights and opportunities between men and women. Therefore, it is of paramount importance to end the multiple forms of gender violence and secure equal access to quality education and health, economic resources and participation in political life for both women and girls and men and boys.

It is also essential to achieve equal opportunities in access to employment and to positions of leadership and decision-making at all levels. 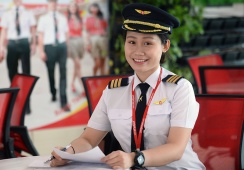