The Hanoitimes - Foreigners who have been in the country since early March will enjoy an automatic stay extension until July 31.

Vietnam has extended stay permits by one more month for stranded tourists who entered the country since March 1 but remain stranded due to Covid-19 travel restrictions.

Foreigners who entered the country on a tourist visa, e-visa or visa exemption since March 1 and are benefiting their automatically-extended stay for one month until June 30 will be eligible to stay for another month until July 31.

In the latest announcement made by the Immigration Department under the Ministry of Public Security on Tuesday, foreigners, who want to leave Vietnam before July 31, have to undergo no official procedures.

Those who entered Vietnam before March 1 are also eligible to have their stay automatically extended until the end of July if they could prove they were stranded in Vietnam due to Covid-19 as confirmed by relevant diplomatic missions, or could provide documents issued by Vietnamese authorities to confirm they were quarantined or treated for Covid-19, among other reasons.

Any foreigner who has been given automatic temporary residence permit extension has to declare their residency and health status as per regulations, VnExpress reported.

Those who do not fall into the aforementioned categories or who commit violations shall be handled in accordance with Vietnam’s laws.

As a measure to prevent the spread of Covid-19, Vietnam has shut its borders by suspending all international flights since March 25, halting the issuance of new visas for all foreign nationals since March 18.

Thousands of foreigners stuck in Vietnam amid travel restrictions due to the evolution of the coronavirus outbreaks globally.

At a government meeting in Hanoi last week, Prime Minister Nguyen Xuan Phuc stated Vietnam was not yet ready to open up to international tourists given the lack of improvement in the global situation and the second wave of infections suffered by several countries in the region, including China and South Korea.

Meanwhile, Dr Kidong Park, the World Health Organization (WHO) Representative to Vietnam, warned the country of imported infections if it considers reopening its borders.

Vietnam has undergone 77 days without local transmission. Comments by a number of foreigners in Vietnam show that the country is safe and their stay here is good in terms of health safety. 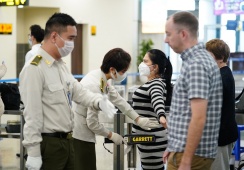 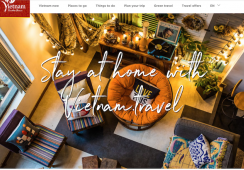