Vietnam passed the intellectual property law few months after the enforcement of the Comprehensive and Progressive Agreement for Trans-Pacific Partnership (CPTPP).

The timeline will likely be another year to enactment of the law, with the next step being finalizing the draft following the workshop which was supported by the UK’s Prosperity Fund FSIP program and the British Embassy in Hanoi.

The draft law amendments will help Vietnam abide by regulations stipulated in the EU-Vietnam Free Trade Agreement (EUVFTA), the UK-Vietnam Free Trade Agreement (UKVFTA), the Comprehensive and Progressive Agreement for Trans-Pacific Partnership (CPTPP), and the Regional Comprehensive Economic Partnership (RECP), said the company that operates as a closely integrated network 18 offices in 13 countries.

Nick Redfearn, Rouse’s deputy CEO, and Rouse Vietnam Office’s Country Manager Yen Vu have pointed out some of the amendments, as followed:

Copyright shows a means to resolve royalty disputes with Collective Management Organizations (CMOs), clarity on parallel imports of copyright works and exhaustion of rights of IP owners to prevent subsequent distribution, clarity on exceptions and limitations.

Trade marks help expand the definition to include sound marks, various procedural matters. The issue of bad faith was raised in the consultation.

Designs include partial product designs to be allowed with various procedural amendments.

IP Enforcement of IP rights – a major proposal is to restrict administrative action for IP infringement.

According to the Ministry of Science and Technology’s Intellectual Property Office of Vietnam, the revised IP Law was ratified by the National Assembly in June 2019 with an aim to timely legalize the obligations required in the CPTPP which took effect in Vietnam since January 2019.

Impact of FTAs in IP law

Almost every member of the World Trade Organization (WTO) has had to reform their intellectual property laws in order to meet the minimum standards of protection that Trade-Related Aspects of Intellectual Property Rights (TRIPS) prescribes. 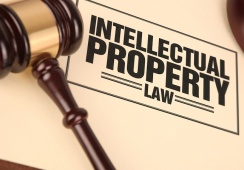 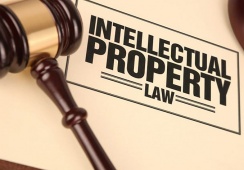