Passengers on entry must install tracing software so as for them to be monitored by the authorities of Japan and South Korea.

Authorities of Vietnam, Japan and South Korea have agreed on the reopening of international flights in terms of destinations, frequency and preventive measures, Dinh Viet Thang, director of the Civil Aviation Authority of Vietnam said.

The parties have agreed on the principle of the resumption in phases along with the epidemic control progress in each country.

The CAAV has agreed with the South Korean and Japanese authorities on the air routes to be reopened which are from Seoul to Hanoi/Ho Chi Minh and vice versa and between Tokyo and Hanoi/Ho Chi Minh.

Regarding flight frequency, Vietnamese air carriers will conduct two flights using Boeing 777 and A321 aircraft and each partner from Japan and South Korea will fly the two others using Boeing 787 and Airbus A320, which are expected to start from September 15.

South Korea and Japan require passengers entering the two countries to have a coronavirus-free certificate three days prior to the air departure.

Passengers on entry must conduct re-testing and undergo self-quarantine at the concentrated facilities and install tracing software so as for them to be monitored by the authorities of Japan and South Korea.

Earlier, the CAAV reported the plan to the Ministry of Transport and the Ministry is currently working with relevant stakeholders to report to the government.

During January - August, international arrivals by air dropped 65.7% year-on-year to around 3 million. Vietnam welcomed nearly 3.8 million international visitors in the first eight months of 2020, a drop of 66.6% over the same period last year, according to the General Statistics Office.

The reopening of international routes will help local airlines recover from the impact of Covid-19, Thang added.

It also helps Vietnam boost trade with other countries, but should be conducted in parallel with disease prevention, according to the prime minister's instruction, Thang said. 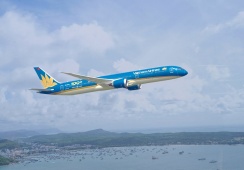 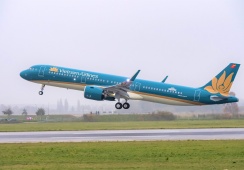