The Hanoitimes - The VN-Index's rally stemmed from strong participation of domestic investors and lower selling pressure from foreign players.

Vietnam’s benchmark VN-Index outperformed both regional and global markets such as Thailand, China, South Korea and S&P 500 of the US in May, according to Viet Dragon Securities Company (VDSC).

The index's performance stemmed from strong participation of domestic investors and lower selling pressure from foreign players, stated VDSC in its latest report.

As a result, market liquidity, measured by the average daily trading value, reached VND4.4 trillion, up 74% compared to that of January 2020, according to the report.

Regarding domestic investors, while the positive process in Covid-19 control remained a key factor, VDSC said the markets were greatly supported by further relaxing of the monetary policy by the Vietnamese central bank, during a low-demand period for capital as production was stagnant.

According to VDSC, the most positive thing from foreign investors is that they are constantly putting money into new local exchange-traded funds (ETFs) such as FUEVFVND (tracking the VN Diamond index) and FUESSVFL (tracking the VN Fin Lead index). In May, FUEVFVND and FUESSVFL ETF issued 47.8 and 20.5 million shares, respectively, worth roughly VND780 billion (US$33.37 million).

While FUESVFVND ETF proved interesting since it was only listed in mid-May, FUESSVFL ETF has somewhat drawn foreign investors’ money after two months of listing. Another positive point is that concern about the largest domestic ETF in the market, E1VFVN30 ETF, may see withdrawals by investors to switch to the new local ETFs has been partially removed as issuing and redeeming activities of E1VFVN30 ETF was quite balanced.

In June, VDSC expected there are risks to the stock market, which do not have direct impact on Vietnam’s economic activities, but may affect market sentiment.

First, the complicated political situation in the world as US-China tensions are showing signs of escalating again and protests are rampant in the US and Europe.

The second risk relates to the potential outbreak of disease. Until a vaccine is available, this factor will not be ruled out. Although the number of new cases in reopened areas such as the US and Europe shows no sign of increasing, protesting can pose a significant risk of a spread.

Finally, US investors are betting more on the possibility of a decline in the near future. Despite the confusing political situation in the US, the country's stock market has continuously increased over time. As a result, US investors are betting more on whether the market will decline as the number of short derivatives contracts has reached a record level since 2015. 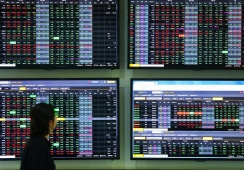 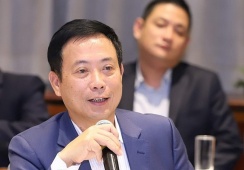