This marked the sharpest drop among stock markets globally during today’s trading session.

At a time when news about the local coronavirus infections in Danang has caused negative sentiment among investors, Vietnam's benchmark VN-Index closed down 5.3% on Monday to 785.17.

This marked the sharpest drop among stock markets globally during today’s trading session, while regional markets such as Japan and Shanghai slid slightly.

The VN30-Index, formed by the 30 largest and most liquid stocks, dropped nearly 5.5%.

Meanwhile, on the Hanoi Stock Exchange (HNX), the HNX-Index declined by nearly 6% to 102.85, and the UPCOM-Index of the Unlisted Public Company Market (UPCoM), run by the HNX for public companies not listed yet, suffered a decline of nearly 4% to 53.65.

On the Ho Chi Minh Stock Exchange (HOSE), home to the majority of large-caps, 377 tickers dropped, of which 152 hit the floor. Only 33 stocks managed to stay in the positive territory and 20 ended flat.

Liquidity of the two major bourses stood at over VND7.6 trillion (US$330.96 million), slightly unchanged from the figure recorded in last Friday’s trading session.

The two bourses lost VND226.4 trillion (US$9.8 billion) in market capitalization on Monday.

Notably, while domestic investors sold to cut losses, their foreign peers net bought nearly VND300 billion (US$13.06 million) on HOSE, focusing on bluechips in the VN30-Index.

A quick assessment from the BIDV Securities Company (BSC) suggested Vietnam’s stock market performance would depends on the progression of the Covid-19 pandemic in Danang from now on until early August.

In case the resurgence is put under control, coupled with government’s supporting programs and the EU – Vietnam Free Trade Agreement (EVFTA), scheduled to take effect on August 1, the VN-Index could recover to around 800.

However, in a worse scenario, the VN-Index could return to the 760-mark. 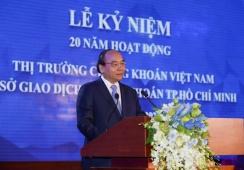 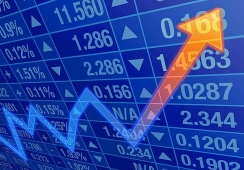 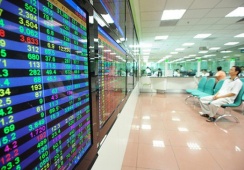