The Hanoitimes - Credit demand in Vietnam is expected to stay low in the foreseeable future as the Covid-19 pandemic continues to be complicated globally, said a central banker.

Vietnam’s credit growth as of June 16 is estimated at 2.13% against the end of last year, significantly lower than the average growth rate of the corresponding period in 2019 at 5.7%, according to the State Bank of Vietnam (SBV).

Meanwhile, as of May 29, the growth rate of M2, which measures money supply that covers cash in circulation and all deposits, increased 3.4% against the end of 2019.

Regarding the credit structure, Nguyen Quoc Hung, director of the SBV’s Credit Department, said credit for agricultural production expanded 0.3% compared to end-2019; followed by that for exports (4.94%  versus 10% in the first six-month period of 2019); technology sector(2.92%); supporting industries (2.27%); and small and medium enterprises (-0.7%).

SBV Vice Governor Nguyen Thi Hong said the banking system has been quick in providing support for customers, mainly in forms of debt restructuring or freezing and waiving debt payment.

As the Covid-19 pandemic remains complicated globally, Vietnamese enterprises would endure its impacts and thus demand for loans is set to stay weak in a foreseeable future, Hong added.

While the banks’ liquidity remain sufficient to meet customer demands, it does not mean lenders would relax its criteria for lending to result in higher credit growth, Hong stated.

To date, the SBV has slashed its policy rates twice by a combined of 100 – 150 basis points to support the country's economic recovery.

On May 7, the SBV  issued guidance for Vietnam Bank of Social Policies to provide loans at 0% interest rates with worth a total of VND16 trillion (US$686.42 million) for customers directly affected by the pandemic and businesses in paying salaries and wages for furloughed staffs.

In spite of severe economic impacts of the Covid-19, the rate of cashless payments has been growing strongly in the first few months of 2020 compared to that of last year, Hong said.

According to Hong, the banking system also waived a number of payment service fees worth a total of VND1 trillion (US$42.88 million). 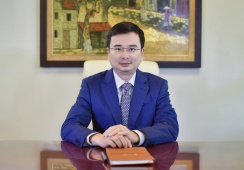 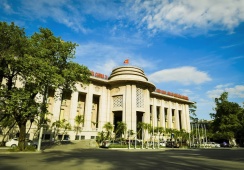 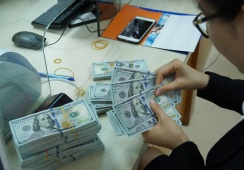