Under growing uncertainties in both the domestic and international contexts, greater attention should be paid to mitigating risks facing public finance and the financial sector, stated the World Bank.

Vietnam’s economic recovery appears to be firming up and becoming more-broad based, suggesting that GDP growth rate could reach 2.5– 3.0% in 2020, according to the World Bank’s latest note.

After a record slowdown in the second quarter, when the economy only grew by 0.39%, growth rebounded to 2.62% year-on-year in the third quarter. Overall, the economy expanded by 2.1% over the first nine months of 2020.

That is significantly lower than the 7.0% growth rate in the same period in 2019, but still a remarkable performance in the global Covid-19 context, said the World Bank.

While manufacturing and retails sales continue to register lower rates of growth than during the pre Covid-19 period, both expanded faster in September than in August. The industrial production index grew 2.4% month-on-month and 4.8% year-on-year in September, up from 2.1% year-on-year recorded in August.

Growth of retail sales of goods and services rebounded to 2.2% month-on-month in September and grew 5.3% year-on-year, similar to July. Retails sales of goods has been the main driver of growth in this subsector. Travel and tourism are picking up again domestically.

Unemployment rose significantly—albeit from a low base—in response to the April lockdown. Urban workers were most affected as they were more exposed to mobility measures and restrictions. While conditions have gradually improved in recent months, the recovery of the labor market is still in progress.

Not only has the urban unemployment rate remained higher than before the Covid-19 crisis—a significant number of people have left the labor force. Labor force participation, which reaching 74% in the third quarter, remained 2.4 percentage points lower than the same period last year.

Vietnam’s merchandise trade surplus reached US$16.8 billion in the first nine months of the year, bolstered by US$2.8 billion surplus in September. The value of goods exports grew by 8% month-on-month, while good imports increased by 10.7%.

Notably, domestically owned exporters continued to exhibit strong resilience—up by 20.2% in the first nine months of the year compared the same period of 2019—while foreign-owned exporters posted a contraction of 2.9%.

Trade, by partner, varied significantly during the January - September of the year, as exports increased to the United States and China but fell slightly to the EU. Similarly, imports from China grew by 2.7%, while they decreased from all other main partners.

Foreign direct investment (FDI) recovered in September to about US$1.65 billion, compared to the August low of US$720 million. For the first nine months of 2020, total commitments were down by about 19% compared to the same period in 2019—strong performance in the global context where FDI flows are projected to decline by 30–40% according to UNCTAD’s latest projections.

Since the beginning of the Covid-19 crisis, the government has shifted its fiscal policy from consolidation to counter-cyclical, with the objective to limit the short-term costs on the economy and stimulate recovery.

As a result, total revenue declined by 11.5% during the first nine months of 2020 compared to the same period in 2019. Concurrently, State investment expenditure increased by 40.1% in the January – September of 2020 compared to the same period last year. This is partly due to notable improvement in disbursement, accounting for 57.2% as of September 2020, higher than the corresponding figure for 2019 of 45.1%.

Under growing uncertainties in both the domestic and international contexts, greater attention should be paid to mitigating risks facing public finance and the financial sector, concluded the World Bank. 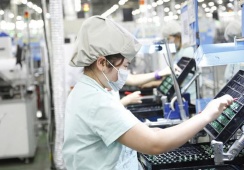 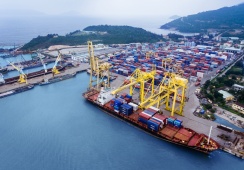 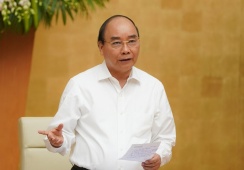 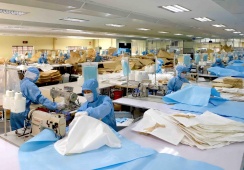