From two large-cap stocks with a market cap of more than US$5 billion in 2015 in the Vietnam market as a whole, there are now 11.

For many years, there was a common perception that Vietnam is a good investment story that is not investable – the market is too small, there are too few stocks, and it is illiquid. But for many others, this perception is plainly wrong, according to HSBC’s report.

From two large-cap stocks with a market cap of more than US$5 billion in 2015 in the Vietnam market as a whole, there are now 11. Average daily trading value in 2020 was US$430 million, a record high, and more recently  has come close to hitting US$1 billion.

To put that into regional context, the Philippines has 13 stocks with a market cap above US$5 billion and trades US$228 million a day, Thailand trades US$3 billion, and Indonesia US$1.5 billion (all based on the 20-day average).

“In short, Vietnam is now an investable market,” noted the report.

According to HSBC, a quick look at the VN30 index, which comprises 30 large-cap and liquid stocks and is affiliated with the S&P Dow Jones, confirms that foreign investors have enough investable stocks to choose from.

Among the 30 stocks in the VN30 index, only six have reached their foreign ownership limits, nine have market caps above US$5 billion and 15 between US$1-5 billion, and 10 with more than US$10 million trading a day.

On top of this, Vietnam’s equity market has outperformed all the major regional indices since 2015. But, despite this, flows into Vietnam have been muted, “especially if you take out sales of stakes of some large companies in 2017-18 as part of the SOE reform process,” said HSBC.

Foreign investors have a history of caution regarding Vietnam. In the aftermath of the economic boom and bust cycle of 2007-09, the local index was range bound, stuck between 400 and 600 until 2015.

But then a series of reforms was put in place by the government in 2011-13 to address structural issues with SOEs and the banking sector and started to show results from 2015.

Economic growth started to pick up. But memories of overheating in 2008-09 had not faded, and investors were skeptical. Many were quick to dismiss this growth as unsustainable. But this has not proved to be the case, stated the report.

Regarding concern from investors that it is difficult to buy stocks in Vietnam because of foreign ownership limits (FOLs), the report argued if foreign investors had bought market leaders which are not at their FOL, history shows that they would have still done well.

“We think buying market leaders – the largest listed stock in that sector – can provide investors with sufficient exposure to the Vietnam growth story and generate returns in the process,” it noted.

On the basis of equal weight, market leaders have risen 237% since 2015, outperforming the index by 136%. Liquidity remains an issue with smaller firms, while large companies also have better corporate governance and disclosure requirements.

“Some of the stocks which are at their FOL and therefore attract a premium have a strong earnings growth track record and still trade at cheaper valuations than their peers in Asia. So, adjusted for valuations, the foreign premium doesn’t look excessive,” it noted.

The government has passed new laws on securities, enterprises and investment, which came into effect on January 1, 2021, that would reduce some restrictions on foreign investors.

The goal is to reduce the number of conditions for business and investments, simplify procedures and increase market transparency to international standards. The securities law raised the issue of non-voting depository receipts (NVDRs) and more details will be provided in due course.

According to the investment law, a market access restriction list will be provided through a decree. All sectors not included will be fully open to foreign investors. Meanwhile, covered warrants and the new diamond index for companies which are already at their foreign ownership limits should also help foreign investors.

Vietnam on the path to emerging market upgrade

The reason why Vietnam has still been classified as a frontier market is qualitative. Some of the key issues include the presence of foreign ownership limits, a lack of some disclosures in English, the lack of an offshore currency market and limitations in onshore currency markets, mandatory registration of accounts, prefunding of trades and restrictions on off market transfers.

With new securities, investment and enterprise laws being passed, some of these issues should be addressed, albeit gradually.

Macro story one of the best in Asia

Vietnam remains one of the best investment stories in the region. The country is no longer just an outsourcing supply chain success story with a fortunate geographical location. It is assembling a home-grown economic growth engine that is making Vietnam an even more attractive destination in its own right.

An export dependent economy which in theory should have suffered from external risks such as US-China trade tensions and the pandemic, in fact has grown stronger. 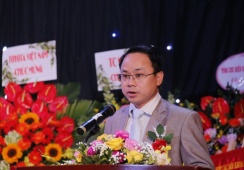 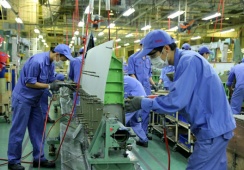 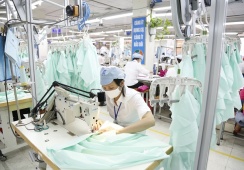