The Hanoitimes - A lower GDP growth target is inevitable as the Covid-19 pandemic is wreaking havoc on the world economy, said Minister of Planning and Investment Nguyen Chi Dung.

Due to severe impacts of the Covid-19 pandemic on the economy, the Vietnamese government has proposed revising the GDP growth target from the initial 6.8% to 4.5% for this year, according to Minister of Planning and Investment Nguyen Chi Dung.

In case the global economy becomes more favorable, Vietnam can expect its economy to grow 5.4%, Dung said at a hearing held by the Standing Committee of the National Assembly on May 15.

A lower GDP growth target is inevitable as the pandemic is ravaging the world economy. However, a 5.4% growth rate would still help Vietnam ensure its average GDP growth during the 2016 – 2020 period at 6.5%, Dung added.

The pandemic could also lead to a decline of VND163 trillion (US$6.97 billion) in state budget revenue compared to the year’s estimate, causing a fiscal deficit to widen by 1.31 percentage points against the target to 4.75% of GDP.

Public debt could rise to 55.5% of the GDP, representing an increase of 3.2 percentage points compared to the target.

The government devised two growth scenarios for 2020. In the first one when Vietnam is able to contain the pandemic in the second half of April and the country’s major trade partners reopen their economies in the third quarter, the GDP growth is set in a range of 4.4 – 5.2% year-on-year, (1.6 – 2.4 percentage points lower than the 6.8% target).

For the second scenario, if Vietnam’s major trade partners could only recover by the fourth quarter, Vietnam’s economy would expand by 3.6 – 4.4% year-on-year.

Chairwoman of the National Assembly Nguyen Thi Kim Ngan said it is clear the current growth target is not attainable, but the government should strive its best for the highest results possible. 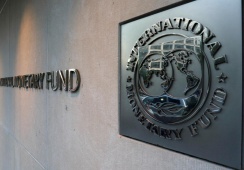 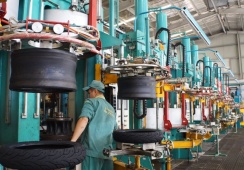