The Hanoitimes - Vietnam is forecast to add two more jack-up rigs, as demand for oil exploration and production continues to rise.

Vietnam currently ranked second in Southeast Asia in terms of the number of drilling rigs with eight under disposal, holding 20% of the Southeast Asian oil exploration and production (E&P) market, according to Viet Dragon Securities Company (VDSC).

With 16 drilling rigs, Malaysia accounts for half of the region’s jack-up rig demand, while the rest is divided to Brunei and Thailand.

According to VDSC, seven out of 11 Southeast Asian nations are oil explorers and producers, partly due to their geographical location, including Brunei, Indonesia, Malaysia, Myanmar, the Philippines, Thailand, and Vietnam.

Due to the recent downtrend of oil price, E&P activities have slowed down and have only experienced some improvement since 2018. However, the demand for jack-up rig has recovered, thanks to the slight increase in two main indicators: rig day rate and utilization rate.

Currently, there are 74 jack-up rigs operating in Southeast Asia, of which 38 are in drilling mode, 15 in warm stacked mode and the rest are in the cold stacked mode. There are another 13 rigs under construction in Singapore. Compared to the beginning of 2018, the contracted rigs increased by five units as of present. Since 2017-2018, the number of contracted rigs has improved significantly.

Typically, drilling rigs are classified into three main categories: under 15 years old, 15-30 years old and over 30 years old. Young rigs, which are under 15 years old, account for 85% of the total (excluding the under-construction rigs) in Southeast Asia, resulting in fierce competition in the region. Data shows that 33 out of 36 contracted rigs are young. So the 13 rigs being built in Singapore can be seen as potential competition for existing rigs in the region.

Looking closely at the recently new built rigs, not all young ones can easily find work. Although the number of rigs being built is high, the ability ‘to be’ in the market for some of those is quite low since owners are mostly financial institutions who have no experience in operating rigs. As well, oil gas operators prefer older rigs that have been in operation for a while. Therefore, the probability to find jobs for these rigs is low, which puts less pressure on existing ones.

In 2019, seven rigs have been produced, however, only four of them are staying in Southeast Asia and only one rig is drilling. The remaining rigs are looking for jobs or moving to other areas. From 2016 to 2018, the number of rigs that found work in Southeast Asia was only four out of nine built. Most of the young rigs that have jobs were built in 2016 or earlier.

According to GlobalData, the total oil production in the region is expected to increase from under 50,000 barrels/day to 223,000 barrels/day in 2025, leading to a surge in demand for E&P activities.

As a result, the demand for jack-up rigs will keep growing. As HIS Markit stated, demand in Southeast Asia is set to continue on its upward trajectory to an average around 40.5 units in 2020, up from the 32.7 units in 2019. Vietnam, Indonesia and Malaysia are all forecast have an addition of two units for each country.

Along with higher demand, the day rate is projected to go up thanks to the positive correlation between utilization rate and day rate. Westwood Global Energy Group reports that the day rate in Southeast Asia could rise from US$60,000/day to around US$80,000/day. 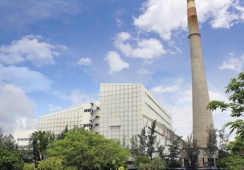