Vietnam in strong position to defend against external shocks: HSBC

The Hanoitimes - With fewer concerns about currency and external stability, Vietnam’s central bank is likely to be more comfortable with delivering interest rate cuts to support growth.

While the Vietnam’s economy has been hit hard by the Covid-19 pandemic, the country is in a relatively strong balance of payments (BOP) position to defend itself amid external shocks, according to HSBC.

Looking at the breakdown, the driver for the BOP surplus has somewhat shifted. Prior to 2011, a large financial account (FA) surplus was the main contributor, even during the global financial crisis (GFC) when the BOP turned into deficit for two years. However, after 2011, the current account (CA) turned from deficit to surplus (except in 2015 and 2017), pushing the BOP into a large surplus.

Vietnam’s accession of the WTO in 2007 opened the door for its large FA surplus. It has introduced a sustained influx of sizeable foreign direct investment (FDI). In particular, registered FDI jumped to US$71 billion in 2008, a three-fold increase from the preceding year. However, it failed to translate into strong growth, though the timing of the GFC was to be partly blamed. After a few years of falling FDI, Vietnam saw a resurgent in FDI since 2013 with investment from South Korea, in particular from Samsung, flocking into the country.

As early as 2014, when Samsung opened its first smartphone plant in Vietnam, the tech giant alone had invested a total of US$17.3 billion as of 2018. In 2019, Samsung closed its last phone factory in China, and now it produces over half of its smartphones in Vietnam.

Meanwhile, FDI flows into effective exporting industries also helped Vietnam’s CA turn into a favorable position. Vietnam ran a CA deficit as large as 11% of GDP during the GFC, because high investment translated into surging imports but were unable to generate enough exports.

However, the influx of foreign investment into productive manufacturing sectors has changed its BOP landscape in recent years. With Vietnam rising as an electronics assembly hub (though still low-end) in particular, the country saw a growing abundant trade surplus. Its electronics exports grew from US$3 billion (4% of total exports) in 2008 to US$87 billion (33% of total exports) in 2019. Therefore, there has been a record-high level of Vietnam’s trade surplus at US$11 billion, pushing its CA surplus to +5% of GDP last year.

Moreover, the widening secondary income surplus has also supported a favorable CA position. A large chunk of it comes from the consistent injection of remittances, thanks to a large population of Vietnamese migrants overseas. Remittances grew steadily over the past two decades, making Vietnam the fourth largest recipient in Asia, with inflows worth of US$16.7 billion (6.4% of GDP) in 2019. The majority of remittances was sent from OECD countries, with the US alone accounting for more than half.

Vietnam’s efforts towards a more favorable BOP position in the past few years has translated into a rapid accumulation of foreign exchange (FX) reserves. In 2019, its FX reserves totaled close to US$78.8 billion, able to cover approx. four months of imports. This is stronger than the FX reserves during the GFC, when they fell more than US$7 billion in one year.

For one, this high level of FX reserves has supported the VND to remain relatively resilient. The VND depreciated against the USD substantially in the 2008-09 crisis but has remained relatively stable in recent years. the USD/VND rate depreciated modestly around 2% per annum in 2017 and 2018, before stabilizing at 23,173 in 2019.

Despite depreciation pressures, the VND is likely facing this year, weakness in the VND should remain relatively modest. HSBC expected a 1.2% year-on-year depreciation for the VND vs the USD, leading to its year-end forecast of 23,450. After all, past episodes of sharp VND depreciation led to negative impacts on the economy, such as fueling high pass-through to inflation and deterring FDI inflows.

With fewer concerns about currency and external stability, the State Bank of Vietnam, the country’s central bank, is likely to be more comfortable with delivering interest rate cuts to support growth. This is particularly the case when fiscal room is limited in the country. HSBC expected the SBV to cut another 50bp of its refinancing rate in the third quarter, followed by a recent 50bp cut. 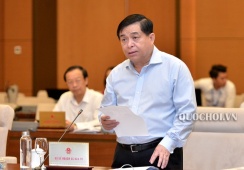