The Hanoitimes - Air, rail and road passenger transport will run at normal frequency across the country.

The Ministry of Transport has allowed all the provinces and cities to increase the frequency of aircraft, trains and bus passenger transport from April 29 after loosening social distancing orders were loosened and the country will enter a four-day national holiday starting April 30.

On April 29-30, Vietnam’s airlines will be allowed to operate 28 round-trip flights on the Hanoi – Ho Chi Minh City route each day, eight flights per day more than before. The number of flights on other domestic routes will increase to eight each day, a rise of between two to four flights.

From May 1 to 15, the airlines will be allowed to increase their services by up to 40%. The number of flights on the Hanoi – Ho Chi Minh City and the Hanoi/Ho Chi Minh City – Danang routes will not be restricted.

From April 29 to May 3, five pairs of passenger trains will run in the North – South railway per day, an increase of two pairs in April. Train service between Ho Chi Minh City and Nha Trang, between Hanoi and Vinh, and Hanoi - Haiphong will also increase.

After May 4, the frequency of the North – South railway route will remain unchanged while train services in local routes will be reduced.

Meanwhile, inter-provincial coach services will be run at only 50% of the capacity as the authorities deem this transport modal has high risk of coronavirus infection.

The frequency of buses, taxi and other types of passenger transport under contract varies depending on the decision of each locality.

Besides having to comply with regulations on preventive measures, passengers are arranged to sit one meter from each other and provided with disinfectant hand sanitizer.

Transport services resumed since April 23 in some localities after a three-week suspension in response to social distancing orders.

As of April 28, Vietnam reported 270 infection cases, including 222 cured. At a meeting on Covid-19 prevention and control on April 28, Prime Minister Nguyen Xuan Phuc emphasized that with 270 cases among nearly 100 million people, the country’s ratio of infection cases per million inhabitants is among the lowest in the world. Vietnam has fundamentally pushed back the Covid-19 pandemic. 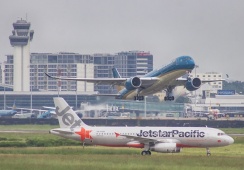 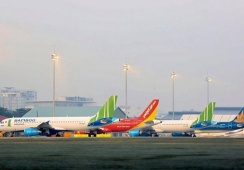 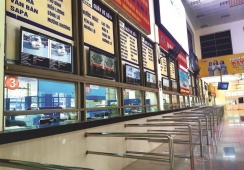