Vietnam and India have decided to expand multisectoral cooperation as part of efforts to advance the comprehensive strategic partnership, according to Vietnamese Ministry of Foreign Affairs.

This is in line with India’s Indo-Pacific Oceans Initiative (IPOI) and the ASEAN’s Outlook on Indo-Pacific, to which, India invited Vietnam to collaborate on one of the seven pillars of the IPOI.

This is significant in the backdrop of Chinese aggression in the Indo-Pacific, including the South China Sea region, according to India’s media.

The issues were discussed at the 17th Meeting of the India-Vietnam Joint Commission on Trade, Economic, Scientific and Technological Cooperation co-chaired by Deputy Prime Minister and Foreign Minister of Vietnam Pham Binh Minh and India’s Foreign Minister Subrahmanyam Jaishankar.

At the virtual meeting on August 25, the two sides signed a memorandum of understanding (MoU) for cooperation between the Sushma Swaraj Institute of Foreign Service (SSIFS) in New Delhi and the Diplomatic Academy of Vietnam in Hanoi, and an MoU between National Maritime Foundation, New Delhi and Scientific Research Institute of Sea and Islands, Hanoi.

During the meeting, both sides reviewed the recent developments in the Vietnam-India Comprehensive Strategic Partnership in 2017-2020 and discussed the future trajectory of their wide-ranging engagement. Accordingly, they agreed to add new momentum to the economic and defense engagement ahead of the 50th anniversary of the bilateral ties in 2022.

The co-chairs exchanged views on regional and international issues of mutual interest, especially in the context of the outbreak of Covid-19 pandemic.

Based on their strong convergence of views on many global and regional issues, both sides agreed to coordinate closely at multilateral forums, including at the UN Security Council, where both India and Vietnam will serve concurrently as non-permanent members in 2021 and advocated the peace and stability in the region and the world based on the United Nations Convention on the Law of the Sea (UNCLOS) 1982.

They also agreed to step up cooperation and coordination at important regional forums under the ASEAN framework. 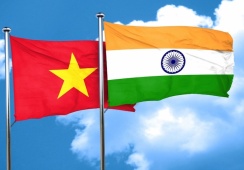 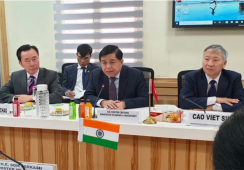 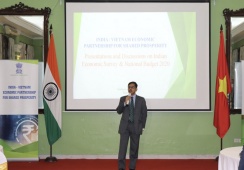 Covid-19 poses both challenges and opportunities for businesses: Indian amb.