Fitch could revise the outlook on Vietnam’s banking sector and ratings back to stable from negative.

Should the global outbreak come under control and an economic recovery gradually ensues, Vietnam is well-positioned for a firm economic rebound, according to Fitch Ratings.

Under such a scenario, asset-quality deterioration is likely to be less severe, alleviating provision needs, which could lead Fitch to revise the outlook on Vietnam’s banking sector and ratings back to stable from negative.

The ultimate repercussions on asset quality and profitability will depend on the duration and severity of the outbreak, added the rating firm.

Increased slack in the labor market is also increasing pressure on the banks' asset quality and profitability, especially given the rapid growth in the retail and consumer banking segment in recent years, stated Fitch.

Fitch expected loan delinquencies to rise further as Vietnam's economic outlook remains dampened by weak global demand. The revision in our banking sector outlook in March and rating Outlook in April to Negative reflects our expectation of credit stress in banks' portfolios.

Nearly five million people, or close to 10% of the working age population, have been reported to have been negatively impacted by the pandemic with some losing their jobs.

This signals rising impairment risks in retail loan exposures, whose contribution to Fitch-rated banks' loan portfolios have almost doubled from 23% at end-2014 to about 40% at end-2019. These loans largely comprise of mortgages and personal business loans and are usually secured by property, which may help recovery prospects in the event of default. However, the debt resolution process can be protracted and hindered by the country's evolving legal framework.

Further strains in the system may lead to much weaker profitability and heighten capital impairment risks as credit costs rise. Like many banks in the region, some Vietnamese banks have taken pre-emptive measures to beef up provisions to protect their balance sheets, even though regulatory relief measures allow them to maintain loans affected by the virus outbreak at pre-crisis classifications.

Should banks continue to make timely provisions on newly impaired loans, Fitch estimated that under its stress scenario, Fitch-rated local banks may face a capital shortfall of up to US$2.5 billion (27% of their combined end-2019 equity) in meeting the State Bank of Vietnam's Basel II minimum total capital adequacy ratio requirement of 8%.

Fitch’s stress test assumed that rated banks' problem loan ratios rise to about 6%-9% (from 0.5%-1.2% at end-2019) with margins compressing by 70bp-80bp. The latter could happen if the central bank continues its aggressive monetary easing and directs banks to further lower lending rates to ease borrowers' financial burdens and prop up the economy.

These assumptions are more severe than Fitch had expected in its base case, in which the majority of Fitch-rated banks will not have capital shortfalls in meeting the regulatory minimum of 8%.

However, the results highlight structural issues with bank capitalization - a longstanding source of weakness for Vietnam's banking system with most banks still holding thin loss-absorption buffers despite the improvement in profitability in recent years.

That said, Fitch believed the pandemic's impact on banks' reported profits will be moderate as banks are likely to take advantage of regulatory relief to reduce earnings volatility should stresses become more pronounced. Some may, again, sell their bad debt to Vietnam Asset Management Company, which allows them to amortize provisioning costs over five years, further limiting the near-term impact on earnings. 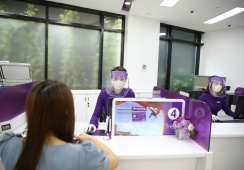 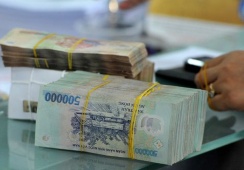 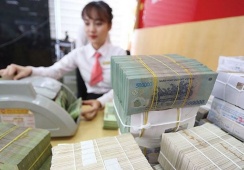 Economic institutions’ net withdrawal from banks doubles to US$8.2 billion in Jan-Feb 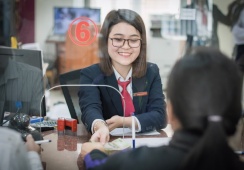