At the close on August 31, Vietnam’s benchmark VN-Index stood at 881.65 points, a 10.43% increase against late July, making Vietnamese stock market the best performing ones globally in August, according to StockQ.

As a result, the VN-Index ranked above Russell 3000, Nasdaq, or S&P 500, among others, in terms of growth. If the trading session in early September is included, the index expanded 11.69% and remained at the world’s top spot.

Mirae Asset Securities suggested the VN-Index’s high growth in August was thanks to investors’ positive sentiment and their experience in dealing with Covid-19 information.

The local stock market was given a boost from news related to the first Covid-19 vaccine made by Russia, or US stocks climbing to record highs ahead of an expectation for an expansionary monetary policy.

From the domestic front, investors have reacted positive with the government’s plan of releasing a second relief package worth VND90 trillion (US$3.84 billion) for businesses and people affected by the pandemic.

Meanwhile, the Ministry of Finance is opening a draft circular for comments that contains provisions on intraday securities trading and short selling activity, a move expected to propel Vietnam’s stock market to emerging market status.

Liquidity on the Ho Chi Minh City Stock Exchange, home to the majority of large-caps, reached over VND110.23 trillion (US$4.7 billion), averaging VND5.2 trillion (US$222.1 million) per trading session.

MB Securities forecast the VN-Index would hover around 870 – 895 points in a baseline scenario, but could rise to 905 – 925 if favorable conditions emerge. 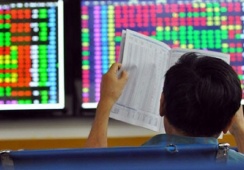 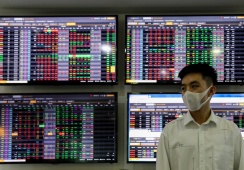 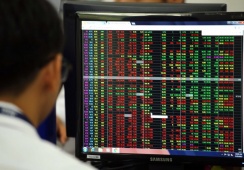