Vietnam not far away from becoming a middle-income country: WB

With many successes in economic development, Vietnam is an example for other emerging economies, said World Bank Country Director in Vietnam Ousmane Dione.

Vietnam is not far away from becoming a middle-income country, but more steps need to be taken for the country to realize this target, according to Ousmane Dione, country director of the World Bank in Vietnam.

Vietnam should speed up the digitization process and enhance efficiency in state management, while providing better and faster public services, Dione said at a meeting with Prime Minister Nguyen Xuan Phuc as the former’s Vietnam term is coming to an end.

At the meeting, Dione congratulated Vietnam on its initial success in containing the Covid-19 pandemic, saying Vietnam has become an example for other countries to follow suit, and this success owes great part to the robust steering of the government.

According to Dione, while the government has taken some of the World Bank’s suggestions into consideration, Vietnam’s action plans for economic recovery in the post Covid-19 pandemic is on point.

Dione said he would never forget Vietnamese people’s smile and sincerity, as well as the country’s specialties.

Dione expressed his pride to work in Vietnam during the period when the country is developing fast and has harvested many successes. He pledged that the World Bank and his successor would continue to accompany Vietnam in future development.

Prime Minister Phuc said over the past years, Vietnam has been giving strong priority to perfecting the legal framework for public investment, aiming for efficient and transparent utilization of foreign loans.

Phuc stated the Ministry of Planning and Investment is tasked with drafting the country’s next five-year socio-economic development plan, which would serve as the basis for government agencies to continue cooperating with the World Bank. 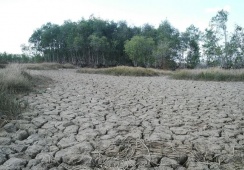 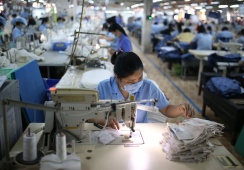