The Standing Committee of the National Assembly (NA) has given its approval to the Government’s proposal to cut the environmental protection tax on petroleum products by 50%, starting April 1.

At a hearing held today [March 23], Minister of Finance Ho Duc Phoc noted the move would result in the environmental protection tax on fuel (except for ethanol) being halved to VND2,000 per liter; diesel and mazut by VND1,000 per liter, and kerosene by 70% to VND300 per liter.

Chairman of the NA’s Finance-Budget Committee Nguyen Phu Cuong said the move shows the support of the Government for the people and businesses during the economic recovery process.

Cuong, however, asked for the Government to map out different scenarios in response to the volatility of the global oil prices.

For the past days, oil prices surpassed the $130-per-barrel mark, and later hovered around $100-110 per barrel.

Cuong also expressed concern over the justification for the cut of this type of tax, which implies that Vietnam is not aiming at addressing negative impacts on the environment.

“In this circumstance, the Government may consider adjusting the excise tax to stabilize prices of petroleum products,” he added.

He called for the Government to consider lowering the most favored nations (MFN) tariffs on fuels, seen as an additional tool to address the volatility of global oil prices.

Since the beginning of the year, fuels prices in Vietnam have witnessed six rises and one decline. In early March, the domestic retail fuel prices reached a record high of nearly VND30,000 per liter, but later went down to around VND29,190 on March 21 for a liter of RON95, and VND28,330 per liter for E5-RON92. 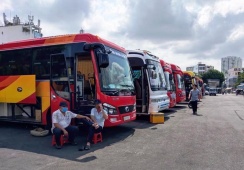 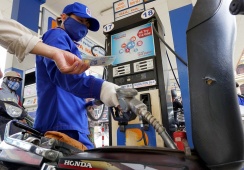