Vietnam said any scientific research activities in the waters of Spratly and Paracel islands without Vietnam’s permission is illegal and void.

Spokesperson Le Thi Thu Hang of Vietnam’s Ministry of Foreign Affairs made the protest following the news that the Chinese biggest research ship is scheduled to conduct its inaugural voyage to the East Sea in October.

“All exploration, survey, and scientific research activities in the waters of Spratly and Paracel islands without Vietnam’s permission are infringing upon Vietnamese sovereignty, illegal and void,” Hang said at a press conference on Thursday [July 8].

She affirmed that Vietnam has sufficient historical evidence and legal ground to assert its sovereignty over the Paracel and Spratly Islands in line with international law and the UN Convention on the Law of the Sea (UNCLOS) 1982.

Two days ago, the South China Morning Post reported that the vessel was handed over to researchers at Guangzhou-based Sun Yat-sen University.

The Yangcheng Evening News cited the university’s Professor Yu Weidong that the vessel would sail to the Paracel Islands in October to study “the steam of the western boundaries of the South China Sea as well as its neighboring waters… that could provide scientific support for disaster prevention.”

China claims up to 90% of the South China Sea, which also has other claimants including Vietnam, the Philippines, Malaysia, and Brunei. 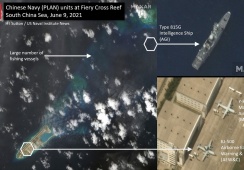 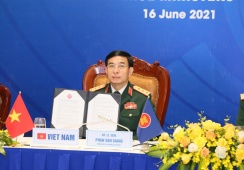 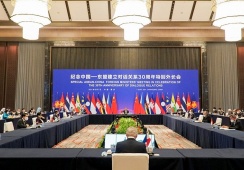