The Hanoitimes - Vietnam’s stock market has been the platform to help firms like Vietcombank, Vinamilk and Vingroup, expand to regional and global stages.

Prime Minister Nguyen Xuan Phuc has urged Vietnam’s stock market authorities to work out measures so that the market can be upgraded to the emerging market status in a near future.

Such a move would play a significant part in turning Vietnam into a modernized and industrialized country in the next 15 – 20 years, Phuc said at a ceremony marking the 20th anniversary of the establishment of the Ho Chi Minh City Stock Exchange (HoSE) (July 20, 2000 – July 20, 2020) on July 20.

Vietnam is currently in the Frontier Market group, and was added to the FTSE Russell’s watchlist for possible upgrade to Secondary Emerging Market in September 2018. However, after one year of review, Vietnam only met seven out of nine criteria of FTSE.

After 20 years of operation, the local stock market is expected to make breakthroughs to better meet the economy’s demand for mid- and long-term capital, Phuc said.

The stock market, along with the banking system, should be key channels for capital mobilization and supporting the development of the business community, Phuc added.

From two public firms at the inception, the country’s stock market now has over 1,600 enterprises listed on two stock exchanges namely the Hanoi Stock Exchange (HNX) and the HoSE with a combined market capitalization of VND4,000 trillion (US$173 billion) or 65% of the GDP.

Meanwhile, the HoSE, home to the majority of large-caps, makes up nearly 80% of the total market capitalization.

According to Phuc, the government bond market, equalling 20% of GDP, has been essential in mobilizing funds for the state budget and is considered one of the fastest growing bond markets in the region, not to mention the huge potential of the derivatives market launched two years ago.

Phuc expressed his delight that Vietnam’s stock market, despite its relatively young age, has overcome difficulties and challenges arising from major crises at regional and global levels, with the latest being the Covid-19 pandemic.

The stock market has been among a handful with a strong rebound in the region, Phuc added.

Over the last 10 years, total capital mobilized from the stock market reached over VND2,400 trillion (US$103.77 billion), or 14% of total social investment capital. Notably, it has been the platform to help many local enterprises expand to regional and global stages, such as Vietcombank, Vinamilk, or Vingroup, among others. 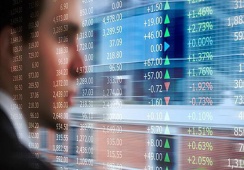 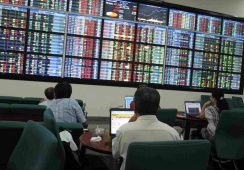