The reference price at the first trading session for stocks switching from the Ho Chi Minh City Stock Exchange (HOSE) to the Hanoi Stock Exchange (HNX) would be the final session's closing price in the former and rounded up to the nearest VND100.

The State Securities Commission of Vietnam (SSC), the country’s stock market watchdog, has issued the instruction for the transactions of stocks subject to moving to the HNX.

Meanwhile, the fluctuation range applied for these stocks in their first trading session at the HNX would be ±10% instead of ±30% for new public listing at this stock exchange.

The SSC also noted it would provide further guidance for stocks moving back to the HOSE once the overload issue on the HOSE is completely resolved.

At the close yesterday, the benchmark Vn-Index ended up surpassing its historical peak of 1,211 on April 10, 2018 to reach a new height of 1,216.1, as large-cap stocks performed positively.

Foreign investors emerged as net buyer of over VND45 billion (US$1.95 billion) on the HOSE after four sessions of net selling. 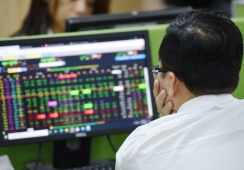 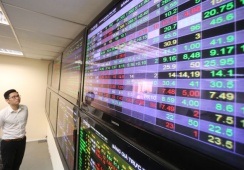