The Hanoitimes - The average growth rate of newly established enterprises is expected to reach 15% per annum in 2021 – 2030.

Vietnam targets to have at least 15 billion-dollar private enterprises by 2025, and the number would rise to 20 by 2030, according to a report from the Ministry of Planning and Investment (MPI).

During the 2021 – 2030 period, the average growth rate of newly established enterprises is expected to reach 15% per annum, while the number of medium and large firms would make up 5 – 6% of the total by 2025, and 8% by 2030, stated the MPI in an ambitious plan to spur the development of the private sector.

Additionally, the MPI expected the average growth of the labor force to be around 6 – 8% per annum, and income growth of laborers to average 25 – 30%.

In the draft political report to the upcoming 13th Party congress, the private sector achieved significant result in 2011 – 2020, making up 43% of total GDP and creating jobs for 85% of the total labor force.

As a result, the sector has played a key role in facilitating the economic restructuring process and become a major source of investment capital in the fields of tourism, urban development, automobile industry, hi-tech farming, trade and services, among others.

To aid the development of the private sector, the government has been giving priority to improving the business environment, which has been reflected in efforts to cut 50% of administrative procedures and business conditions.

In the next 10 years, the draft socio-economic development strategy for the 2021 – 2030 period identifies the necessity of stronger growth of private enterprises.

In the short term, the government would focus on supporting the business community overcome difficulties from the pandemic, at the same time encouraging leading firms in some sectors to play a more active role in the overall growth of small and medium ones.

The move, along with innovation, quality human resources and efficient supporting policies from the government, would play a key role in the development of private enterprises, expected the MPI. 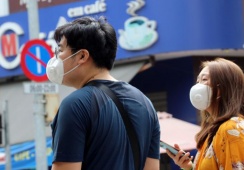