The Hanoitimes - Air carriers plan to resume domestic flights after the nationwide social distancing order ends on April 15, suggest their passengers that they should use online check-in procedures via websites.

Bamboo Airways announced on April 11 to resume domestic flights from April 16. The airline will increase up to 7 roundtrip flights per day for Hanoi and Ho Chi Minh City route from April 16 to 19.

Meanwhile, Vietjet Air plans to reopen three more routes from Hanoi to Ho Chi Minh City on April 11, 12 and 14. The increase in flights is intended to meet the needs of those who have ended their isolation period. Passengers will be required to provide certificates for quarantine completion and Covid-19 negative.

The low-cost airline will also operate domestic flights from April 16.

The three Vietnamese airlines have been ordered to reduce the frequency of domestic flights until April 15, in a bid to the prevent the risk of contagion from pandemic-hit Hanoi and Ho Chi Minh City to other provinces and cities.

Accordingly, Vietnam Airlines only operates one flight among Hanoi, Ho Chi Minh, Danang and Phu Quoc; other routes are suspended until further notice. 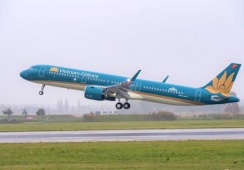 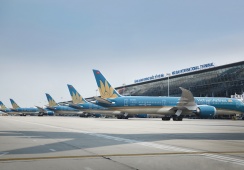