The Hanoitimes - Smooth execution of the deal will be a boost for Vietnam's economy amid a global slowdown and the ongoing Covid-19 epidemic.

Minister of Industry and Trade Tran Tuan Anh has urged speedier preparation for the implementation of the EU – Vietnam Free Trade Agreement (EVFTA) after the European Parliament ratified the deal on February 12.

The deal could become effective as early as on July 1 if the National Assembly passes it in the upcoming session in late May or early June.

At a meeting on February 26, Anh expected government agencies to finalize the legal framework for the implementation of the EVFTA as a smooth execution of the deal will be a major boost for Vietnam's economy amid a global slowdown and the ongoing Covid-19 epidemic.

Luong Hoang Thai, director general of the Multilateral Trade Policy Department under the Ministry of Industry and Trade (MoIT), said the ratification by the European Parliament emphasizes Vietnam’s growing political status on the world stage.

Thai said the EVFTA could become effective one month after both sides notify each other the completion of their respective legal procedures.

Thai added for the time being, the MoIT is responsible for laying the legal groundwork for the deal and the government’s action plan.

Minister Tran Tuan Anh requested such regulations to create the most favorable conditions for enterprises and reduce administrative procedures. He asked impacts of the deal as well as potential opportunities and advantages for Vietnam be evaluated.

Anh expected the ministry's agencies to soon provide detailed instructions for the business community regarding challenges that they are about to face when the EVFTA comes into force.

The EU is one of Vietnam’s largest trade partners with turnover of US$56.45 billion in 2019, up 1.11% year-on-year, in which the Southeast Asian country exported goods worth US$41.54 billion and spent US$14.9 billion on imports from the EU. 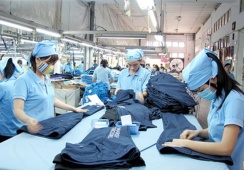 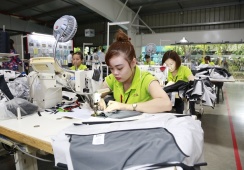 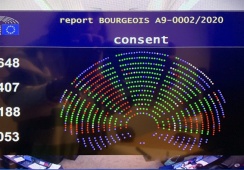