Vietnam's trade turnover is likely to have reached US$162.83 billion in the first four months, up 3.4% year-on-year.

Vietnam reported an estimated trade deficit of US$700 million in April, narrowing the trade surplus to US$3 billion in the January – April period from the US$3.74 billion recorded one month ago, the General Statistics Office (GSO) has said in a monthly report.

On breaking down, the domestic-invested sector is estimated to post a trade deficit of US$7.1 billion in the four-month period while foreign-invested firms recorded a trade surplus of US$10.1 billion.

Domestic companies' exports are estimated to have expanded 12.1% year-on-year to US$26.45 billion during the period, accounting for 31.9% of the country's exports. Meanwhile, FDI firms reaped US$56.49 billion from overseas shipments, up 1.5% and accounting for 68.1% of the total.

In April, Vietnam exported goods worth an estimated US$19.7 billion, down 18.4% inter-monthly, while imports are estimated to have declined by 7.9% to US$20.4 billion.

Growingly concerned about the potential suspension of trade in Vietnam’s major markets due to the Covid-19 pandemic, local companies had boosted export-import activities in the last 10 days of March. Notably, Samsung have completed exporting its new model smartphones.

Consequently, phones and parts are predicted to earn the largest export turnover among export staples during the January-April period at US$16.2 billion, up 1.1% year-on-year and accounting for 19.5% of Vietnam’s total exports.

Meanwhile, China continued to be Vietnam's largest supplier, selling US$22.7 billion worth of goods to Vietnam, down 0.1% year-on-year.

South Korea claimed the second place by exporting US$15.5 billion worth of goods to Vietnam, up 2.5% year-on-year, followed by ASEAN countries with US$9.9 billion, down 7.8%. 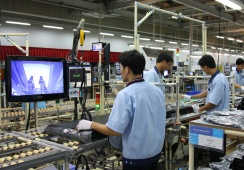 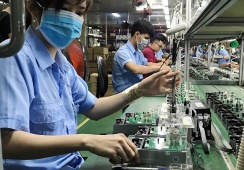 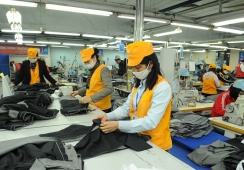 EU, US are potential markets for Vietnam’s medical gear and masks: Trade minister